Qualcomm announced that it has successfully completed the tests on LTE-U and to be ready to market the first compatible chipsets. The new data transmission protocol, thanks to the use of free band a 5 GHz, will allow higher performance and lower energy consumption.

Last year, as you may remember, we took advantage of the launch of the first Italian LTE-Advanced networks to tell you about new features introduced by that technology and its possible evolutions. On that occasion we pointed out, among other things, the Carrier Aggregation, the technique that allows the use of more frequencies at the same time to increase the total bandwidth.

Over time, telephone operators have shown themselves to be very interested in this innovation, attracted by the possibility of using licensed bands and, consequently, free. Thus was born the idea of LTE-Unlicensed, which today has taken an important step towards marketing thanks to Qualcomm's commitment.

The band chosen was that of 5GHz, already used by the latest WiFi protocols but much less congested than 2.4GHz. The use of this frequency while allowing one bandwidth more theoretical high, the ability of networks to overcome obstacles decreases, so much so that home WiFi-ac systems usually remain confined within the housing walls.

The poor ability to cover large areas, contrary to what one might think, is not a limitation for this technology. LTE-U, in fact, was created to increase the bandwidth in meeting places and in areas ad high population intensity, where traditional channels are often saturated.

From a purely engineering point of view, therefore, the most important challenge was to guarantee the cohabitation of different networks on the same frequency. Indeed, in the assumed scenarios, the channels are probably already occupied by WiFi hotspots or other LTE-U carriers. In this case, the infrastructure with the most transmission power could easily cover the signal of the weakest competitors, with obvious repercussions for users. 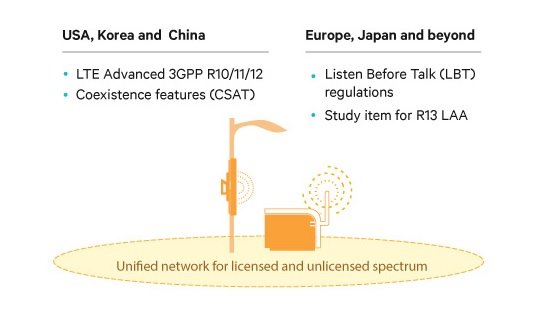 To solve this problem, several technologies are at an advanced stage of development, and some are now close to an entry into the LTE-A standard. Among the latter we remember Listen Before Talk, already used in the IEEE 802.11 WiFi protocols, or the use of adaptive duty-cycles allowing the coexistence of different networks on the same spectrum.

In this context Qualcomm has successfully conducted a series of tests in the presence of saturated channels, obtaining results that confirm the goodness of the new solution compared to the classic use of WiFi or 4G only. The tests carried out convinced the American company to implement LTE-U in the next chipsets FSM99xx, scheduled for the second half of this year. 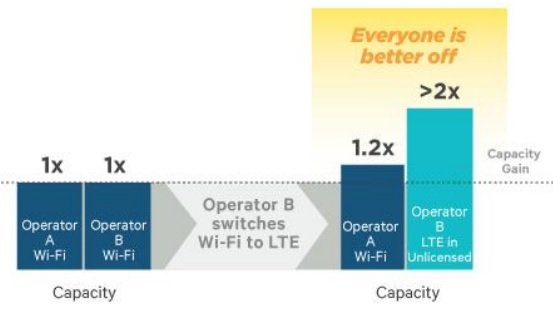 In addition to the chips for the cells (also compatible with the usual 4G, 3G and WiFi technologies) Qualcomm has also planned, as expected, the commercialization of the first modem compatible with the new technology, FTR8950. The company believes it can send samples starting from third quarter of 2015and so we could see the first LTE-U compatible smartphones before the end of the year.

Finally, we hope to receive more information on the solutions just announced during the next Mobile World Congress in Barcelona. We will not hesitate, of course, to keep you updated.