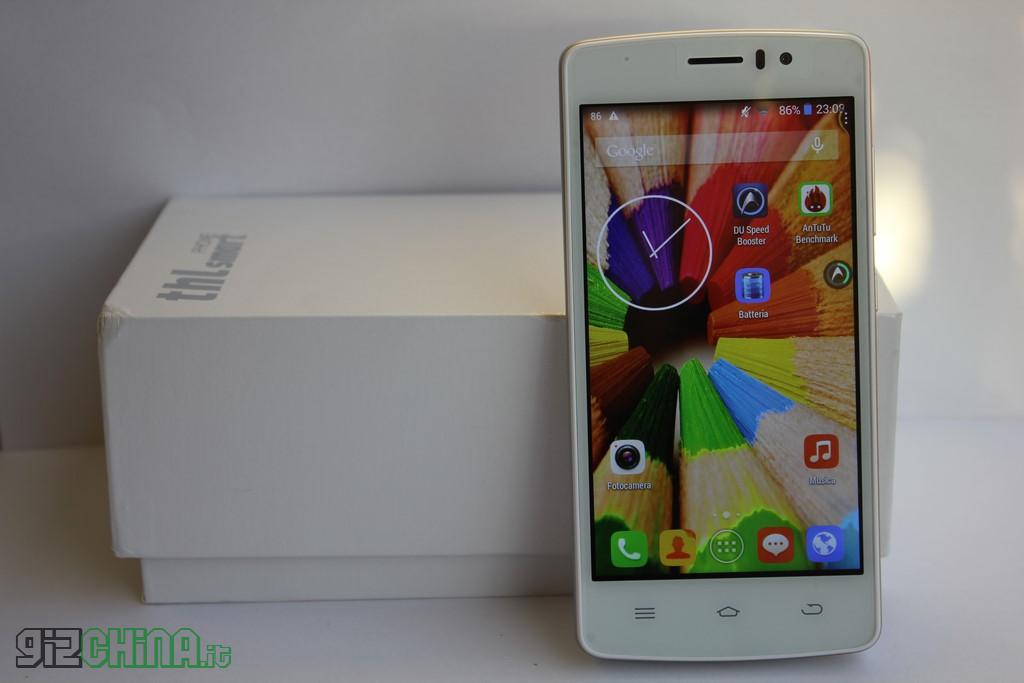 After presenting you the unboxing of the THL 4000, today we offer you the complete review of this interesting smartphone low-cost, characterized by a well battery 4000 mAh.

Il THL 4000 it is available at the price of approx 88 € on site TinyDeal.com with shipping from China and a new 10% discount valid until March 26, usable through the voucher new4000.

Il THL 4000 is characterized by a compact and robust design, with a generous thickness that makes room for the aforementioned battery from 4000 mAh.

As already said in unboxing, the weight of 184.5 g is well distributed along the profile of the device and this allows a comfortable one-handed use, as well as an excellent grip even with sweaty or wet hands. The back-cover is made of solid plastic with a three-dimensional texture that improves its grip.

Going to analyze the profile of the device we can see that: 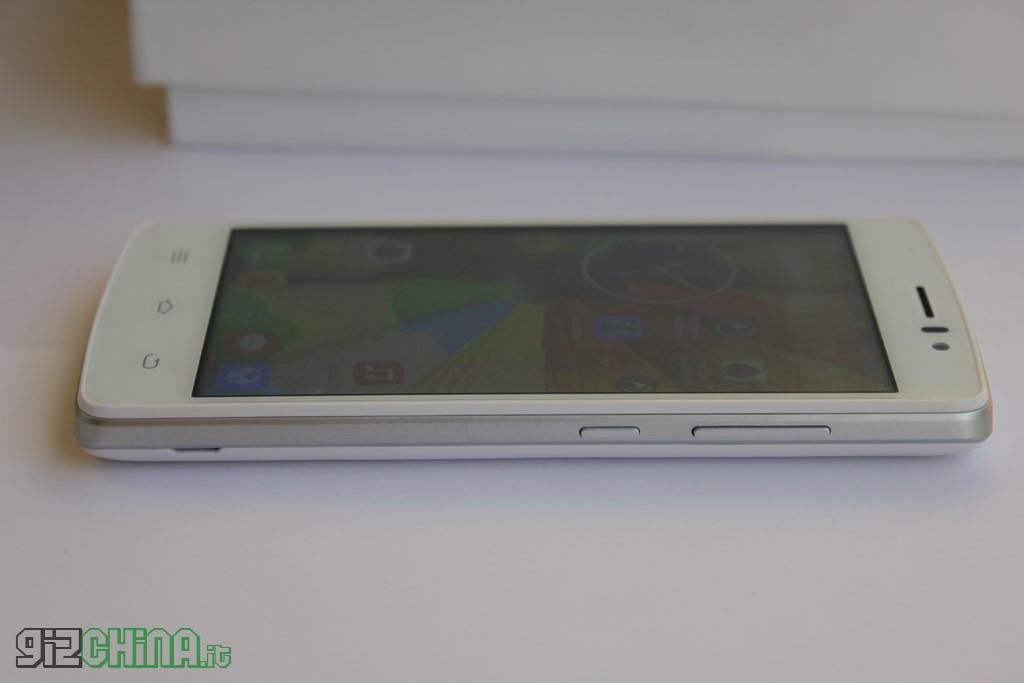 On the left side the frame is "clean" 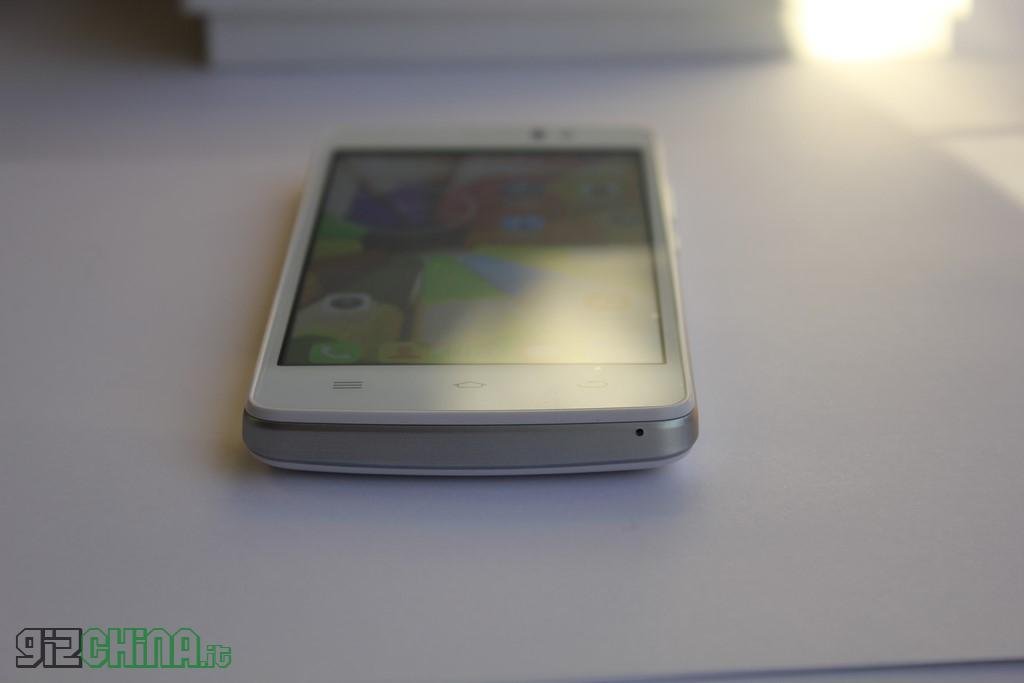 At the bottom is the only system microphone, with touch keys placed outside the screen. 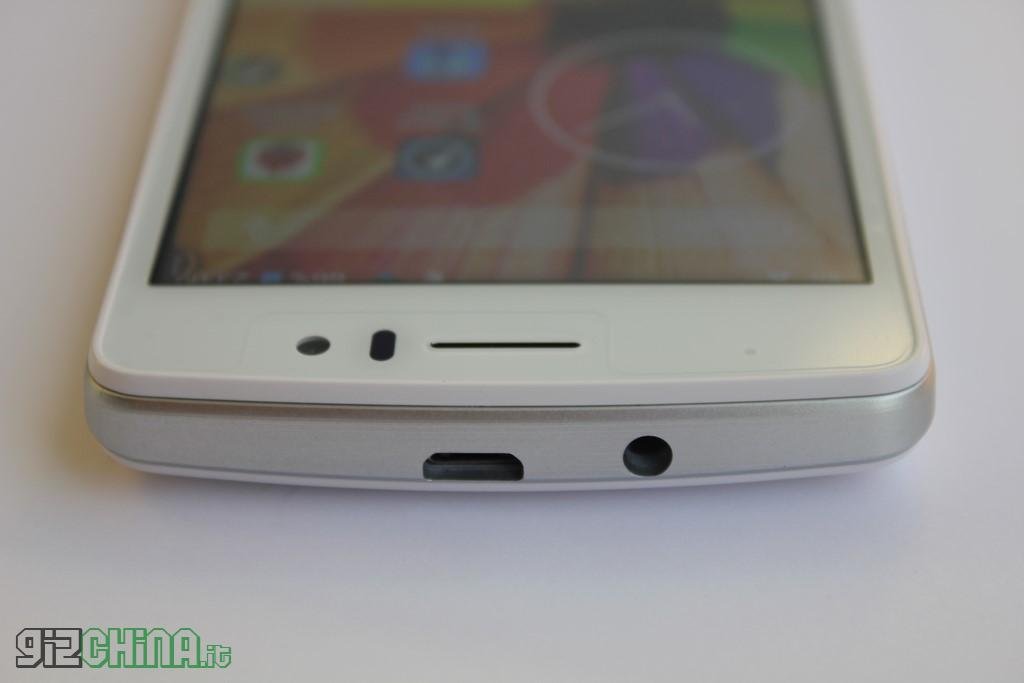 Finally, at the top we find the door micro-USB and the headphone jack, As well as the front camera from 2 mp, the sensor of brightness and proximity, headset capsule it's a Notification LED. Il THL 4000 mount a display from 4.7 inches with qHD resolution. From our tests, the mounted panel turned out to be of good quality.

La color rendering it is of a good level, with blacks tending slightly to gray and white tending to yellow. The viewing anglesinstead, they are not perfect and this negatively affects the overall quality of the reproduced contents.

Il sample that we tested suffers from a very serious bug, namely the total dimming of the display with only the backlight working. This bug occurs after intense sessions of continuous use of the terminal, especially in moments of high CPU load. We do not know if this problem is a defect of our sample or a widespread problem in this model.

Il touch screenfinally, it is perfect with excellent sensitivity and reception of the words typed (even if quickly).

Il THL 4000 It is characterized by a single speaker placed at the bottom of the back-cover. The audio played is by good level although the absence of bass is almost complete in both system sounds and reproduced multimedia contents.

Very good audio in headset capsule in call as well as the speakerphone which, however, tends to croaking at maximum volume.

Il microphoneon the other hand, it turned out to be slightly less performing than the competitor's solutions, making communication with interlocutors in crowded and noisy places difficult. 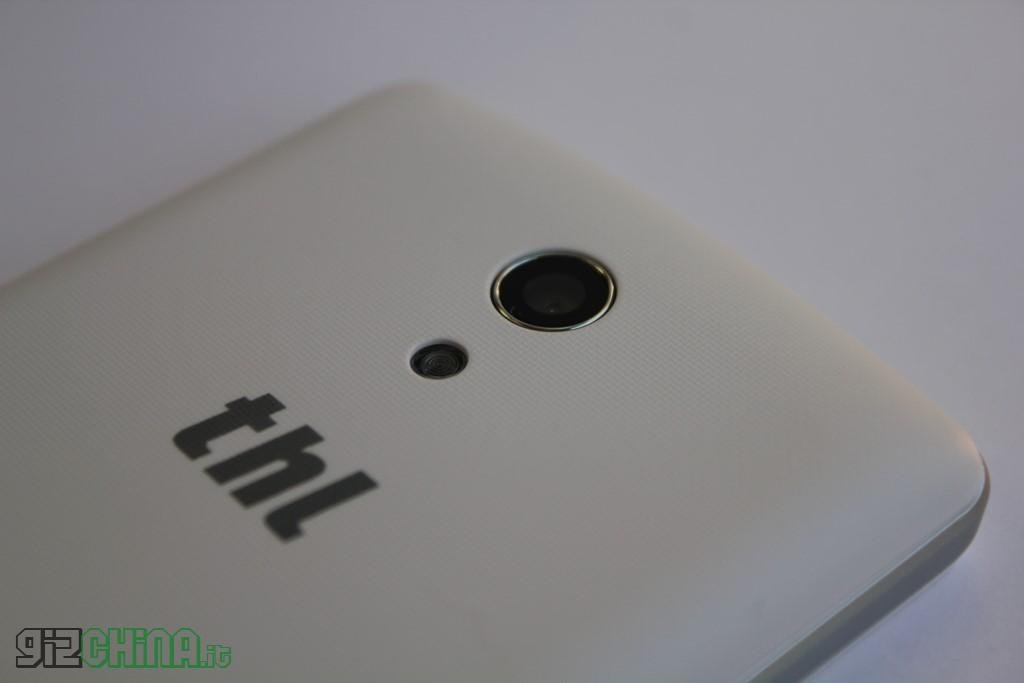 Il THL 4000 mounts a rear sensor from 5 mp with LED Flash which, in good light conditions, makes shots of good quality. Some problems in the focus, especially of the macro, which in some cases involves the repetition of the shot to obtain an acceptable result. definitely night shots are enough where Flash LED fatigue ad uniformly illuminate the scene and the shot, even stabilizing the grip to the maximum, results moved and full of digital noise.

I video they are discrete both in terms of definition and in variation of the balance in the transition between different lighting conditions.

Il THL 4000 is characterized by an internal storage of 8 GB divided into two distinct partitions. The first partition, dedicated to the installation of applications, is of 1.97 GB while the second one, dedicated to user memory and then to saving photos, videos and other files, of 4.17 GB.

It is possible to move applications on tab microSD up to a maximum of 32 GB external.

Given the resolution and the size of the display, the processor behaves very well in the management of social applications as well as in web browsing.

We have tested web browsing both via AOSP browser pre-installed both on Google Chrome.
Il Stock browser offers a web browsing a bit breezy with numerous micro lag in the rendering phases and in the pinch-to-zoom until complete loading.

using Google Chromeon the other hand, many of the micro lag disappear, making navigation more fluid and pleasant, both on mobile sites and on heavier portals. 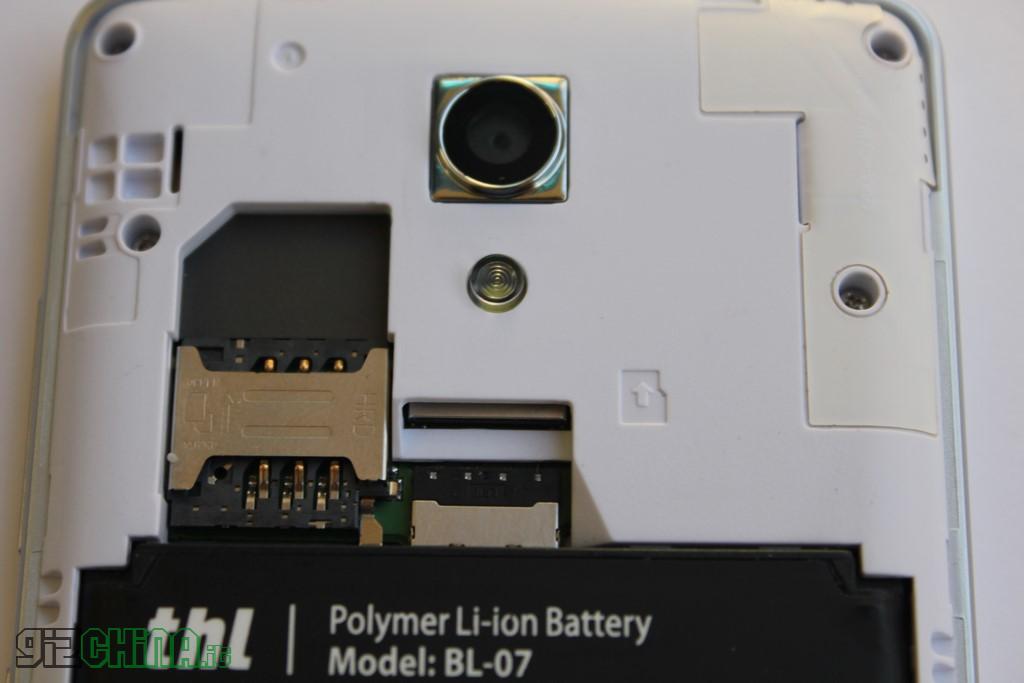 We have tested the THL 4000 with several operators (Vodafone, Wind and TIM) obtaining almost all the same results.

Signal reception is quite good, in line with other devices in the same price range, both in terms of stability and navigation speed.

We have tested the GPS in navigation getting mixed results especially in relation to fix accuracy. Once the satellites are hooked (about 1 minute at the first fix), the THL 4000 it keeps the navigation stable until it arrives at its destination, albeit with a sometimes very near precision.

This results, for example, in a difficulty in the management of the motorway exits or in the turns along the city streets, both using Google Maps that other paid applications.

Also, using fitness apps like Runtastic, Google Fit and Runkeeper we have encountered the same problems in the collection and processing of distance data as well as the route actually used.

No problem, however, with the WiFi which proved to be stable and fast in navigation even in "shady areas" where some terminals do not usually hook the signal.

Finally, no problem with the Bluetooth, both in pairing with wireless headphones tested both in file transfer. 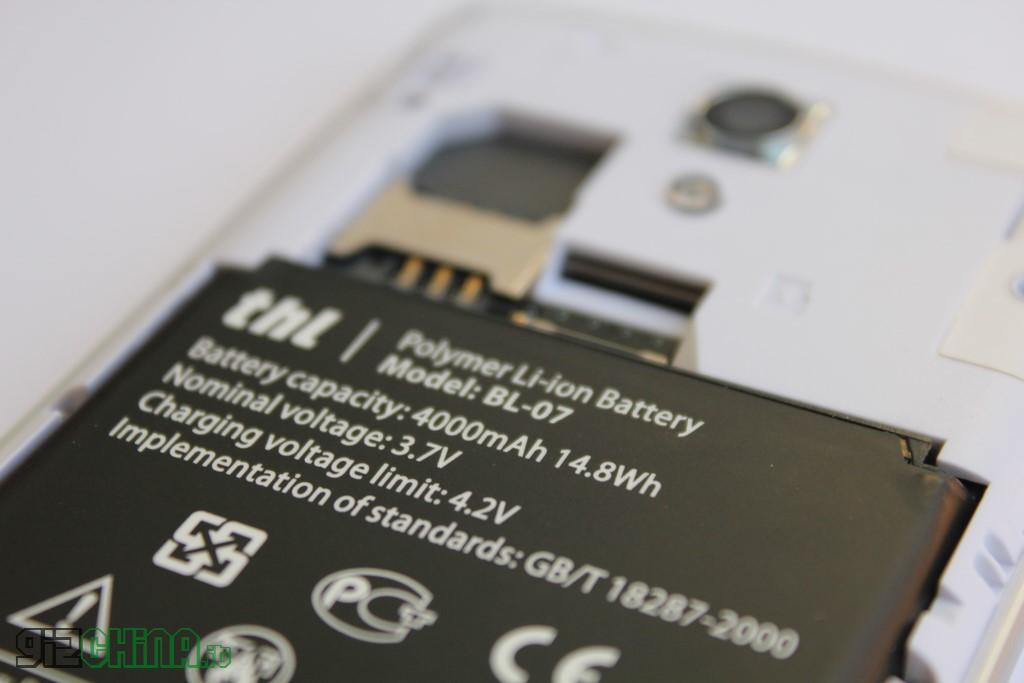 We have carried out extensive tests to evaluate the actual battery capacity from well 4000 mAh mounted on THL 4000. With an average use, the terminal guaranteed us Orders shipped to Europe of use with approx 7 hours and minutes 45 di screen lit..

The test is divided into 3 parts:

The tests a short term let you check what percentage of battery consumed by the function in question.

The tests a long duration instead they allow us to check how long the terminal takes to consume the 50% of the battery.

The results of our tests are visible in the images below, compared to the same ones performed on the Doogee Titans 2 which, we remember, also mounts a battery from 4000 mAh:

Finally we propose the result of the stress test carried out through Antutu Benchmark with the relative comparison with other devices: 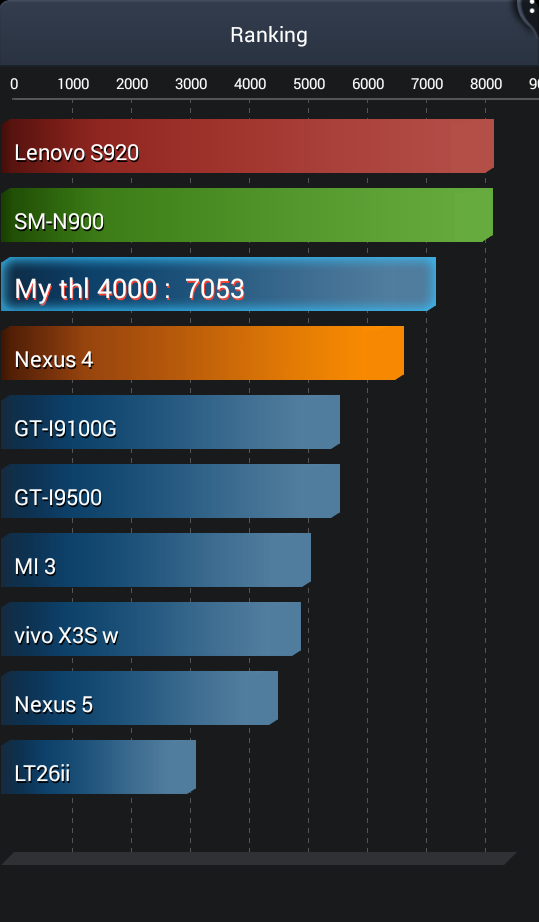 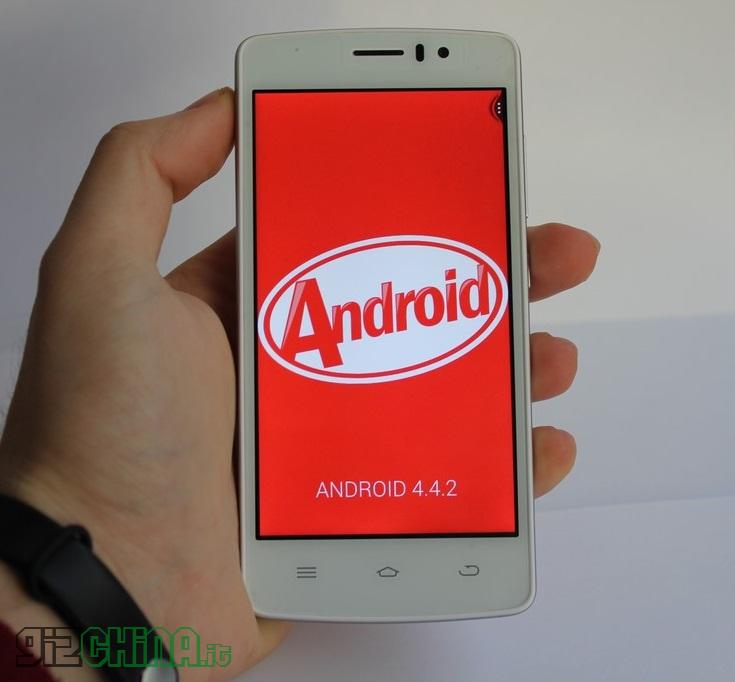 Sul THL a version of Android 4.4 "Vanilla", ie without software modifications by the manufacturer. On a graphic level THL it simply replaced the system icons with a proprietary theme with a "blunt" and colored profile.

THL it has also added two software implementations that expand the basic system offer Android. We are talking about the Multiwindows and Quick floating toggle menu.

Il Multiwindows allows you to reproduce in one of the resizable floating windows one of the supported system applications that you can use even while other applications are running.

Il quick toggle menuinstead, it is useful to switch between the various settings without having to resort to classic quick settings. Moreover, it is possible to easily clean up the RAM memory by simply clicking on the button "Accelerates". 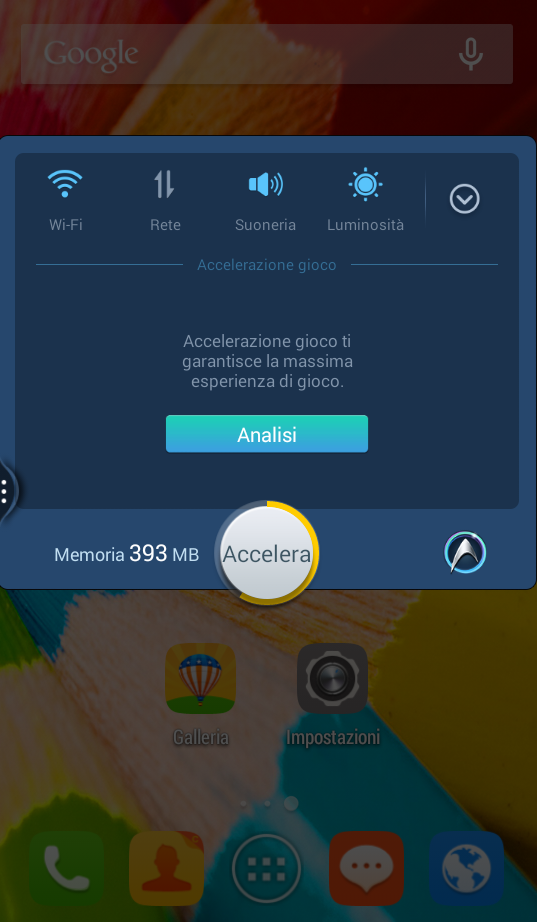 Il THL 4000 is a device recommended for all users who are looking for a smartphone low-cost with a'good battery life and a pleasant use in social and web surfing with sporadic casual games.

Obviously it is not recommended for those who make their smartphone a multimedia center for taking photos and capturing video, playing multimedia content or intense gaming sessions.

Il THL 4000 it is available at the price of approx 88 € on site TinyDeal.com with shipping from China and a new 10% discount valid until March 26, usable through the voucher new4000.