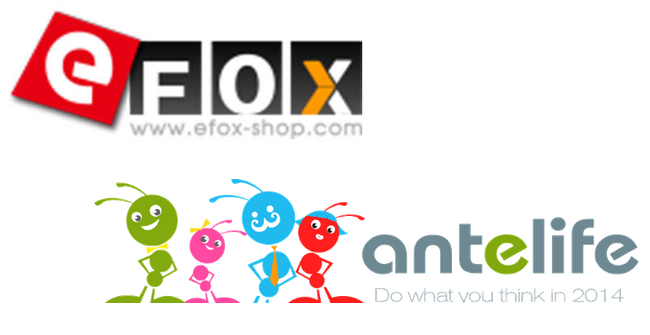 The web is now saturated with smartphone retailers who through their e-commerce compete to offer consumers quality products at competitive prices.

The 2014 was a bit of the year quality Chinese smartphones, as Meizu e Xiaomi, which have boosted the business of many online stores.

Today comes news that two well-known stores, Efox and Antelife, are coming to a merger in one big online store.

According to rumors leaked to China, Aukey, company that owns the store EFOX, he would have bought Antelife, another well-known international store, planning a joint restructuring of the two companies in the short term.

Colleagues of GizChina.com they interviewed an executive of Aukey, who stated that it is under examination which strategy to adopt to proceed to a overall improvement of sales systems of the two e-commerce.

Efox, as many of you will know, it is a fairly well known store in Europe with sites located in Italian (Myefox), English (with the Coolicool brand) and German. In addition, the company sells through its own European warehouses, a range of products already sdoganatie ready to be shipped by express courier.
The acquisition of Antelife it will also promote local sales Spanish, because the same company already had one warehouse in Iberian land.

A great news for all smartphone and tec, Chinese ology enthusiasts, but we hope it will generate only advantages and not a monopolization of the market, which in these sectors is often at risk of bring price increases.