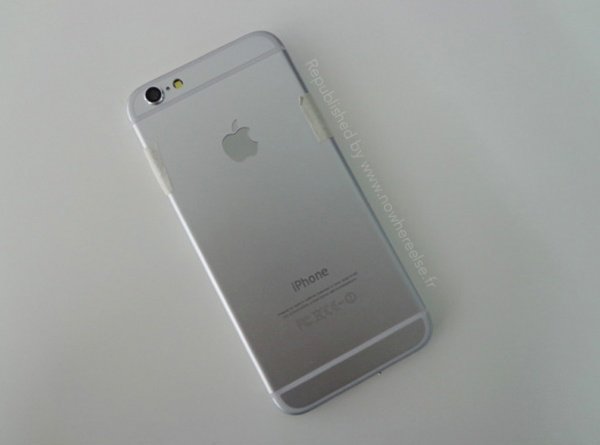 The relationship between Apple and China it can be considered as the emblem of a love / hate relationship with alternating phases. Apple is one of the companies that invest most in production and in Chinese factories but is also one of the companies less protected as regards the Design of their devices, which very often they are swept up almost to perfection and then be sold on Chinese and international territory.

Today comes an interesting reversal in the face involving a Chinese smartphone maker, called Dijon, who publicly accused the Apple, by publishing a letter online, to have copied the Design of the iPhone 6 from a patent dating back to the January 2014.

Let's do a little order: Dijon states that in January 2014 has applied to the Chinese patent office to register the design of a named smartphone V6. In the month of April, Dijon launches V6, a smartphone equipped with Mediatek chipset and display from 5.5 inches, under the Brand "100+", at the price of 130 dollars, about 100 euros at the exchange. In the month of July 2014 the patent office approves and grants the design rights of the device for the Chinese territory.

So far it would seem unequivocal the guilt of Apple as l'IPhone 6 was presented after the granting of the patent and the marketing of the smartphone.

The problematic instead is more profound because Dijon, he may have had access to mock-up experience dell 'iPhone 6 from one of the Chinese factories, maybe Foxconn, creating and patenting a smartphone with design lines "Stolen" in advance of the original device.

What do you think about it? Will Dijon's testimony condemn Apple? Or are we facing the umpteenth attempt to gain fame and clamor?