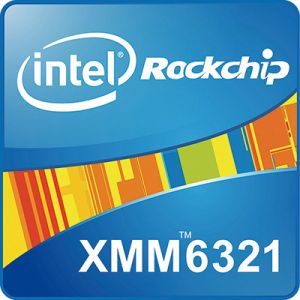 In May this year Intel, one of the leading SoC manufacturers in the desktop and notebook sector (and for some time also in the mobile sector with smartphones and tablets), and Rockchip, one of the most important SoC manufacturers in the Chinese market, have entered into a partnership that will allow an improvement in the production processes adopted as a platform for low-end smartphones and / or tablets.

The Rockchip processors are also widely used for accessories such as set-top-boxes, or those mini PCs on which an operating system is installed (Android is the one that goes most) and, once connected to the TV, allow the use of a complete multimedia platform.

L'XMM6321 it's a SoC of which we had already heard about last October, from some rumors, which today see confirmation in the specifics emerged: we talk about a processor dual-core on a base ARM Cortex-A5 with clock ad 1GHz with the possibility of overclocking up to 1.2GHz, it can manage resolutions between 854 x 480 e 1024 600 pixels x on display between 3.5 e 7 inches.

Finally, the XMM6321 will allow video recording up to 1080p a 30fps and will support photo sensors up to 8 megapixel (back) e 3 megapixel (front).

As you can see, this is a SoC devoted to low-end devices, the sector covered by Rockchip.