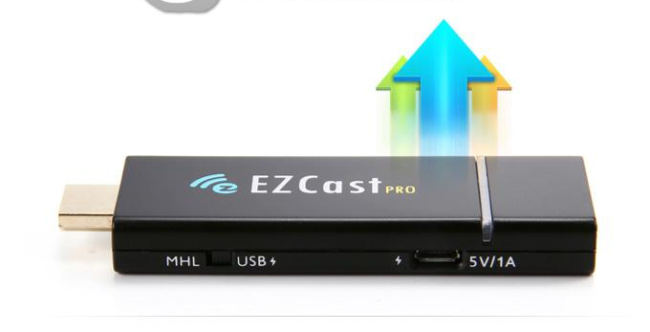 Tronsmart has changed the object of its attention, moving from the production of the Android TV Box to that of USB dongles; It is with great pleasure that we present you Tronsmart T2000 EZcast, a valid alternative to Google Chromecast!

The Chinese manufacturers of smartphones are laboriously changing their set-up to adapt to the various markets, but those that, from this point of view, really deserve attention are very few. If you are looking for home-entertainment, Tronsmart is undoubtedly one of the Chinese companies to watch.

We have already been able to widely appreciate the quality of their Android TV Boxes. What to do though if you are not actually looking for all the features offered by a set top box? Why not consider the idea of ​​a Google Chromecast key or, why not, of an Asian alternative?

The Tronmart T2000, just like Google's Chromecast, is a simple USB dongle that connects to the TV to act as a bridge between your smartphone / tablet and your television. In its key (sold to 39.99 dollars, about 32 euro), the company has added support to Miracast / Airplay and DLNA, which means it can be used with your Android or iOs terminal for viewing video content, images and also for gaming on TV.

The setting is really simple, just connect the Tronsmart T2000 to the HDMI output of the television. The small size make it a discrete accessory but obviously not equipped with power comparable to that of a classic android box. With a 500 Mhz frequency processor and 256MB RAM, video support is limited to the Full-HD 1080p resolution instead of the standard 4K standard.

What do you think about this Tronsmart T2000 EZcast? Would you like a more detailed analysis on this type of products?

If you are interested in this dongle we refer you directly to the dealer page for information on purchase conditions, after-sales assistance, etc.

OnePlus explains the future of OxygenOS: less Beta for everyone