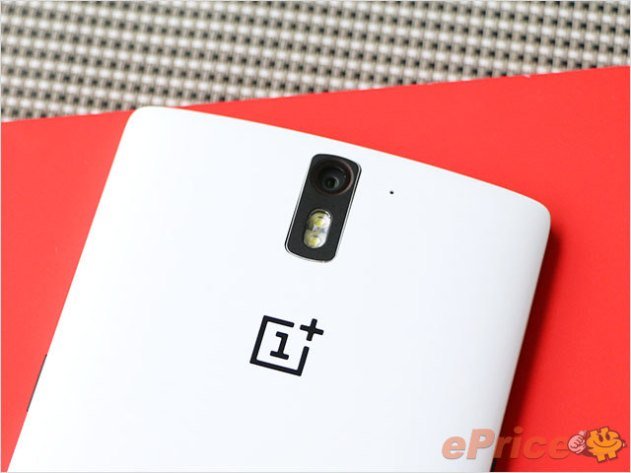 In the last days we are witnessing the launch of a huge amount of new smartphones, on the occasion of the IFA 2014 in progress in Berlin. OnePlus, with the usual advertising tactics of "making people talk about", has teased the various manufacturers like Samsung and Sony with comparative tables between the new devices launched and the One. However, one of the companies has promptly replied to the Carl Pei team.

We are talking about Motorola! The comparative table that you see below was published by OnePlus through social channels, and compares the OnePlus One and the new Motorola Moto X. 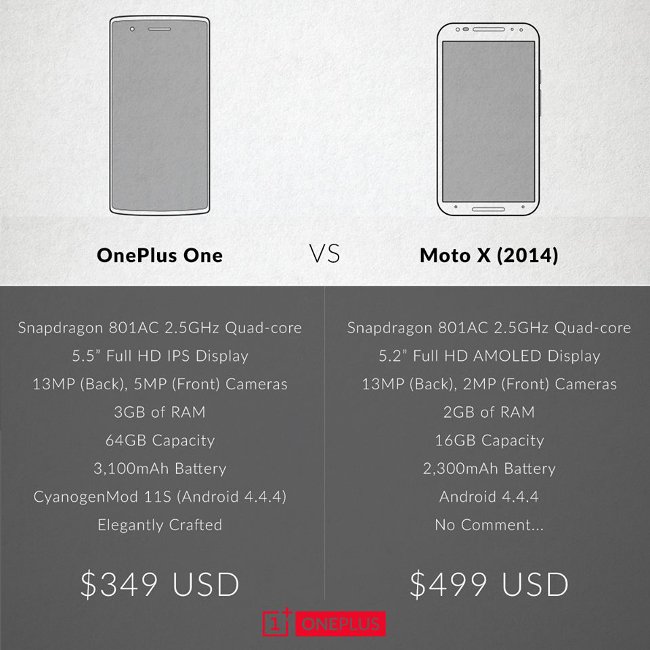 The comparison focuses on the technical specifications of the two devices, with a "no comment" on the construction of the Moto X, and finally reports the two prices. OnePlus is certainly not new to this type of comparison, aimed at attracting media attention, but in this case the company "rival", Motorola, has responded to the tone of the provocation.

How about you add to the cool [: P]Moto voice, Moto Display, New Camera / Gallery features etc

The words above represent the answer of a Motorola big shot, who points out that the comparison forgets many software features of the new Motorola top of the range. Undoubtedly, much more could also be added, such as the ease of purchase, or the simple fact that a comparison in the form of a technical sheet is not sensible, but as those who follow this world will know, these provocations are on the agenda.

It also affects the fury of many users against OnePlus, perhaps forget that many companies, including Samsung and HTC, continue this kind of provocation for a long time.