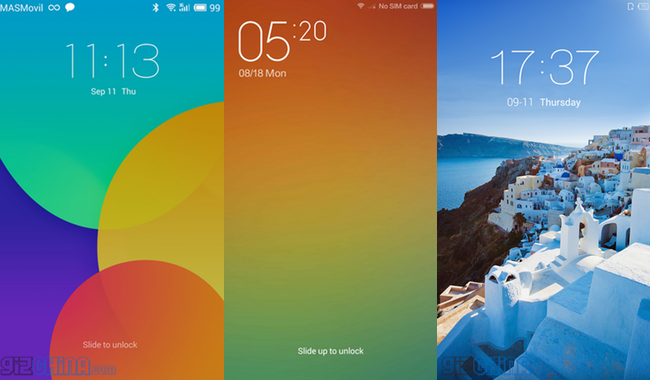 Today we take a look at three of the latest, most up-to-date and best Android-based Chinese ROMs, Xiaomi's MIUI 6, Meizu's Flyme 4.0 and IUNI's IUNI OS.

There was a time in the dark years of Chinese telephony when software was the biggest problem. Poor design, lack of updates and bugs constantly ruined the devices, castrating the performance of the available hardware. Those days finally seem long gone, and many Chinese smartphone makers are making great ROMs, giving users everything they need, including updates.

In this article we look at three different ROMs, two of which have recently been updated, and the third, the IUNI OS, which will soon be released with the English language.

Flyme is the custom ROM of the smartphone manufacturer Meizu, which has come to its fourth version. Meizu announced the Flyme 4.0 at the launch event of the Meizu MX4 last week, confirming that the new ROM will arrive on the new MX4, on the previous MX3 and even on the Meizu MX2, news that should please the owners of these smartphones. The Flyme 4.0 present on our sample is based on Android 4.4.2. 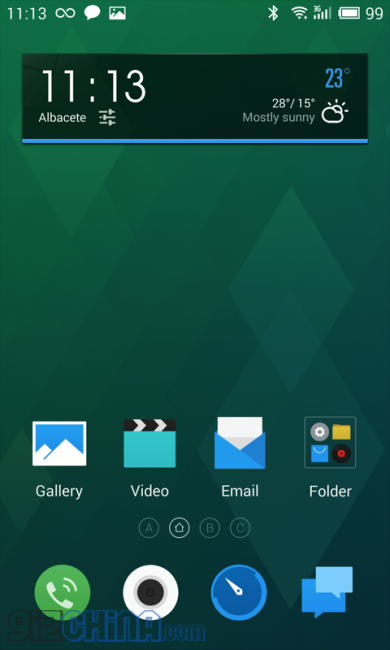 At first glance the Flyme 4.0 seems to have really changed poco compared to the previous version, 3.0, but looking beyond the simple graphic aspect we find some new and excellent features.

The Flyme 4.0 design follows the 'flat' style, currently in fashion, that we saw for the first time on Flyme 3.0 (yes, before Apple launched iOS7). Now virtually every smartphone manufacturer will follow the minimal style.

Flyme 4.0 offers a pack of Flyme icons that contains hundreds of them, practically for each of the most popular applications. Personally I'm not a big fan of these Flyme icons, as I find them a bit too big, but Meizu has foreseen this possibility, so moving to the classic icons requires a simple switch.

All installed applications will be shown on the various Home screens as the Flyme 4.0 does not have the application drawer, a feature common to all these ROMs. To keep things in order there is a dock that houses the 4 applications we use most, while other applications can be organized into folders.

Flyme's new notification curtain 4.0 extends across the screen with a transparent background. In this area we also find toggles for quick settings, which can be customized according to your preferences.

Looking at the Flyme settings you notice that the interface has not changed particularly compared to that of Flyme 3, if not for some new color.

From the settings you can choose the languages ​​English, Chinese, German, Spanish, French, Italian, Portuguese and Russian. The Flyme developers have also added some gesture to the unlock screen, which in the settings are called "smart wake". The possible options include the double touch for unlocking, the slide for unlocking, a slide on the left to go directly into the photo application and a slide on the right to open an application of your choice.

Some applications of Flyme 4.0 have been updated with lighter colors and a simpler design, while the photo application has been completely revised, to offer new features and a new graphical interface.

With a swipe from left to right the camera app will show the various options available, among which we find the automatic modes, manual, beauty of the face, panorama, refocus, night, barcodes, slow-motion and macro. Switching from one mode to another will give you access to a series of settings specific to that mode, which will allow you to change parameters.

Flyme multitasking is managed by a menu reachable with a swipe from the top to the bottom of the display. Applications can be closed all together or one at a time, and can be locked so that they continue to run in the background. In Flyme 3.0 was also present the ability to adjust the brightness from the multitasking section, function no longer available.

The Flyme 4.0 for the Chinese market also offers a beautiful weather application with various animated weather conditions, as well as a voice assistant in SIRI style (Apple's voice assistant). These two functions are not present in the current version of the international ROM, but we hope that they will be added in the future, or maybe in the final version of the ROM.

At the moment the Flyme 4.0 is available only for the Meizu MX4, but will be released later also for the other models of the company. The Flyme 3.0 can also be downloaded for the Samsung Galaxy S4, and in the future will be available for Nexus devices.

MIUI 6 was announced during the launch event of the Xiaomi Mi4, but it has not yet been officially released except in the form of a developer preview, which sometimes results poco fluid. The official version will arrive in October, although there is no exact date yet, and will be based on Android 4.4.4. MIUI 6 will be released for all Xiaomi smartphones over the next few months, but only the most recent models should receive the KitKat-based ROM, while the Xiaomi Mi2, for example, should receive the Android 6-based MIUI 4.1.

Graphically, the MIUI 6 is more beautiful, simpler and more minimal than the previous MIUI V5. However, it is a ROM heavily influenced by iOS, perhaps even more than before, and in general there are poco changes from the previous version.

The MIUI 6 icons are very simple and offer bright colors. The overall appearance of the interface is very enjoyable and fun, but if you were not to your liking you can change it completely with the theme app. 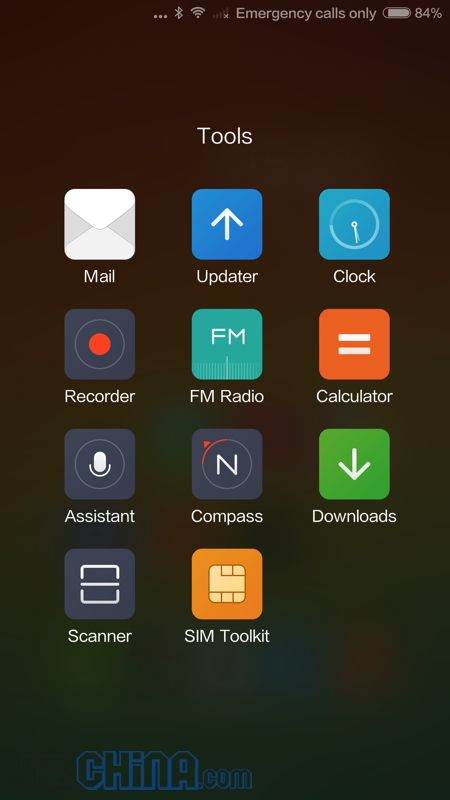 As with Flyme, we still do not find the application drawer, which is arranged in home screens and can be organized in folders. The MIUI dock can hold up to 5 icons, so you keep the most used applications ever-sighted.

Notifications tend to have a transparent background, and with a right swipe you will have access to customizable quick toggles, a bar to adjust the brightness and controls to control music playback.

The MIUI 6, just like the 5 version, allows you to set the keys of your smartphone to perform different actions. For example, it is possible to set the menu key so that, with a quick tap, show the multitasking screen. 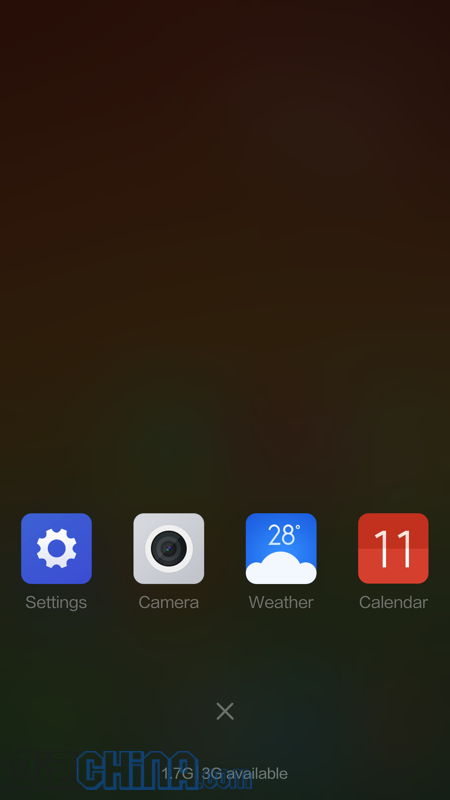 The action of pressing and holding the home button can be set to use Google Now's voice search, although Xiaomi's voice assistant is available for users who speak Chinese. Some gesture for the unlock screen are also available from the button settings. There are no fast unlock options, but you can choose, for example, to hold down the back button to access the camera (reachable by default with a swipe to the right in the lock screen).

The settings interface has been redesigned to look cleaner and 'lighter'. The white background and brightly colored icons make settings easier to reach and find. Even users who have been using MIUI for the longest time will have no problems moving around this new interface. Among the settings we also find the possibility to choose one of the two supported languages, English and Chinese (Italian is supported by the Italian MIUI community). The calendar has also received a pretty nice graphic update.

Even the photo application has been redesigned, and now it is dangerously similar to that of iOS 7. As in Flyme, in this app you can swipe to the right, but in this case you will have access to the various filters, while the rest of the settings window is available.

The MIUI 6 is a very nice ROM, but some users will be removed from the similarities with iOS. The ROM itself is very functional and offers really interesting features and, although there are only two official languages, the MIUI community quickly releases the various translations.

As mentioned earlier, the MIUI 6 is currently only available to developers, while the MIUI V5 is available for hundreds of smartphones from various manufacturers, which we expect will also happen for the V6.

IUNI OS is the youngest ROM among the three considerations in this article, and has been realized with a completely different approach to MIUI and Flyme. Instead of adding more features to your ROM, IUNI has decided to make the IUNI OS a ROM with no bloatware software (unnecessary preinstalled software) and very light. This means features and features are minimized, but also that the system runs extremely well. 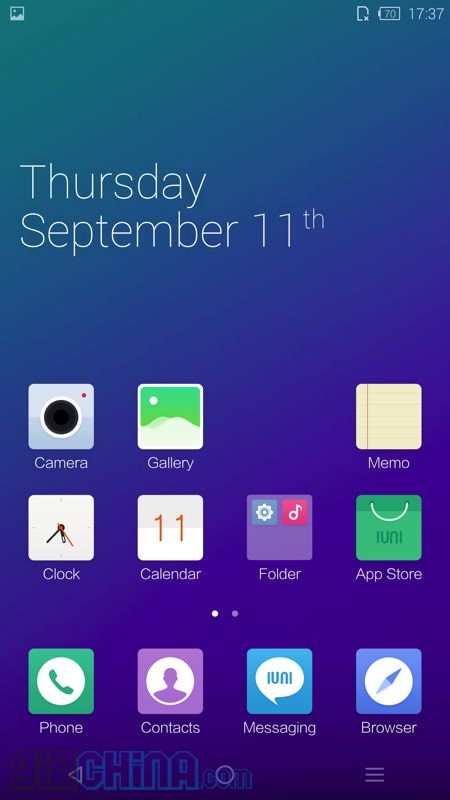 The simplicity of the ROM and its graphic interface has allowed IUNI OS to be already officially available for 11 Chinese smartphones not produced by IUNI, like all versions of the Xiaomi Mi3, the Oppo Find 7a, the OnePlus One and others.

For less experienced users the IUNI OS is a breath of fresh air, as the limited number of functions translates into a much simpler navigation of menus and settings. The lack of functionality also means that we can expect many updates with new features as development continues.

Also in this case the user interface has a 'flat' design, with a choice of colors halfway between the bright ones of MIUI and the soft ones of Flyme. IUNI OS does not have the application drawer, while the dock can hold up to 4 icons and applications can be organized into folders.

Being on the home screen, you can swipe to the bottom of the screen to bring up the notification curtain with transparency effect in the background, while with a swipe from the bottom up you will have access to the quick settings panel, to the bar for brightness adjustment and task manager. 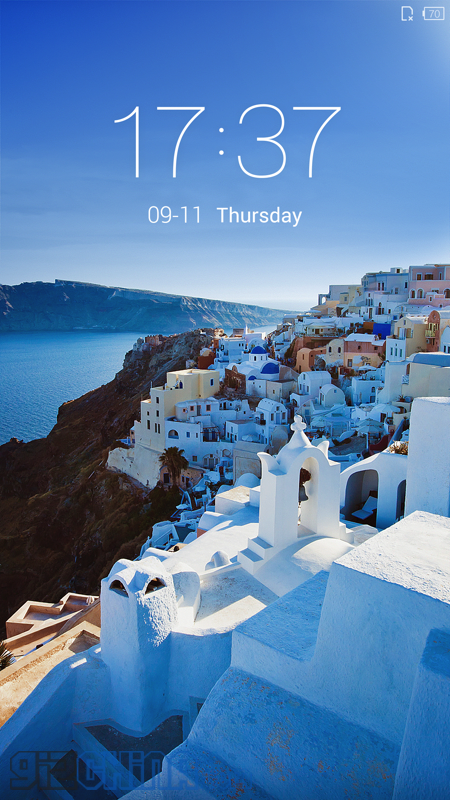 Keeping the interface as simple as possible gave IUNI the possibility of inserting small touches of class, which are missing in both MIUI and Flyme. The animations of the IUNI OS are also fast and beautiful to see, and give the ROM a unique appearance. The animated clock icon is really beautiful, as is the image of the unlock screen that changes randomly.

In the IUNI OS there are no options for the 'smart unlock', but you can unlock the smartphone with the classic power button, and with a swipe to the right you can directly open the photo application. Just the photo app is the easiest to use among the three present in the ROM in question, and offers the only options for sound, for HDR, for night mode, for panoramic photos and for recording. According to what we've found so far, it's not even possible to change the resolution of photos or videos.

The IUNI OS is a really great ROM that will attract all users who simply want everything to work without confusion. For more experienced Android users, the lack of features and customizations may be a disadvantage.