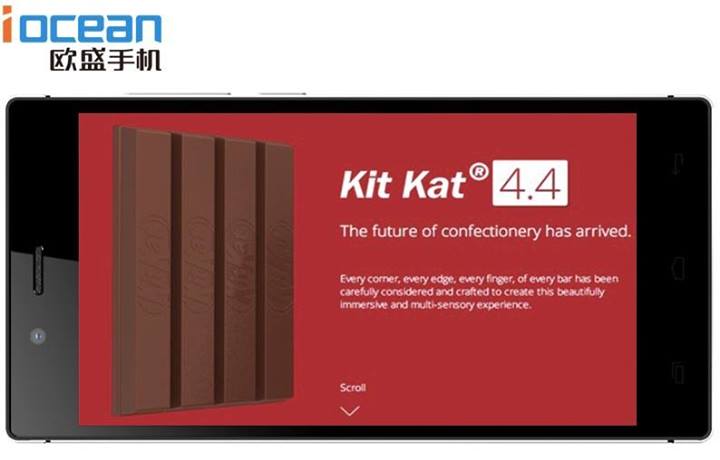 The iOcean X8 was one of the most anticipated octa-core smartphones of the year, mainly due to its beautiful design. Unfortunately, however, the device has been marketed with some software problems, which have disappointed many users. Now the official update for Android 4.4 KitKat has arrived, which should improve the situation.

The iOcean X8, which we have reviewed here, has officially received the expected update, which was already in beta for some time. The update was communicated through the company's social channels a few days ago, and brings the phablet to the current version of Android.

The update brings with it several innovations, including new pre-installed software. However, it does not seem that the company was able to completely solve the problems of ghost touch that afflicted the smartphone, at least according to what was stated by some users who installed the update. The useful links to complete the update procedure are the following:

However, there is a problem with this update. iOcean, rather than using their own dedicated servers, distributes updates through the well-known Mega online hosting service. Such behavior is undoubtedly poco serious, and distances iOcean from the circle of quality companies. The problem arises from the fact that the Mega site and all its links have been blocked in Italy due to the presence of illegal files, containing pirated material of various kinds.

One possible solution would be to use a proxy, which would allow you to visit Mega as if you were in another state. In this way you could download the update and proceed with the installation.

Have you already installed the update? What news did you find?