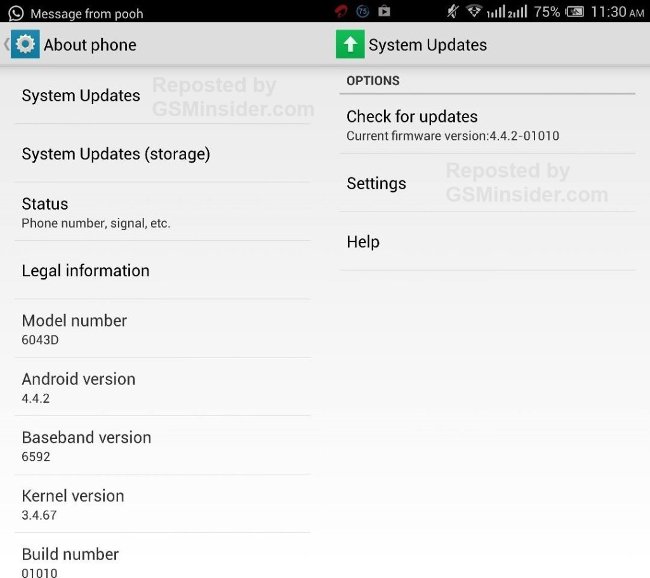 Alcatel has announced via its Facebook page an update for Alcatel Onetouch Idol X +, which will bring the device software to version 4.4 KitKat.

The company has announced the good news on its official Facebook page, leaving out some details. For example, Alcatel has not made clear what version of KitKat would have landed on the smartphone, but users have specified that it is the 4.4.2, the one for which MediaTek has guaranteed support.

Alcatel, known in China as TCL, also did not specify which regions would receive the update, so there are many online users happy with the arrival of KitKat, but also many others who are still waiting. We also do not have a complete list of changes, although it is clear that the update will introduce the various features of this version of Android.

If you have the Alcatel Onetouch Idol X +, you'd better go to your smartphone settings and check yourself. Have any of you already received this update?