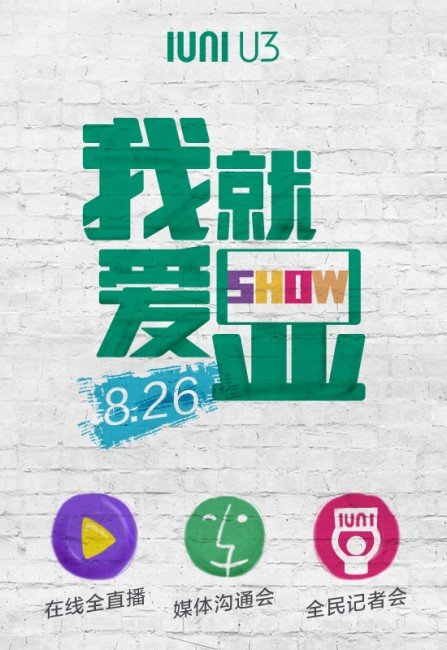 China is home to many of the new start-up start-ups to conquer the world. IUNI is just one of these and will soon present its 2 ° second top of the range!

IUNI began to talk about itself when at the beginning of the year it unveiled its IUNI U2 flagship in advance of Oppo and OnePlus. A phone that for 243 euro only offered / offers metal body, 2GB / 3GB of RAM and Qualcomm Snapdragon 800 processor.

Not even a year after the U2 launch, the Chinese new-entry is already preparing for the launch of its second flagship, the IUNI U3. From what we have learned, the new high-end of the house will be presented the next 26 August and will feature a 5.5 display in inches 2K Quad-HD 2560 x 1440 pixel resolution and a very compact body, designed specifically to increase its usability . On the processor the situation is still uncertain, we do not know if it will be the Mediatek MT6595 8-core LTE or a dual-support LTE chipset.

Anyone who has had the opportunity to try or possess the IUNI U2 will know that the biggest fear is that of the total-chinese rom. Although not officially confirmed, according to sources close to us, the company should release by the end of August a version of IUNI Os in English for the international market.

Good news, whether you have the U2 or not!