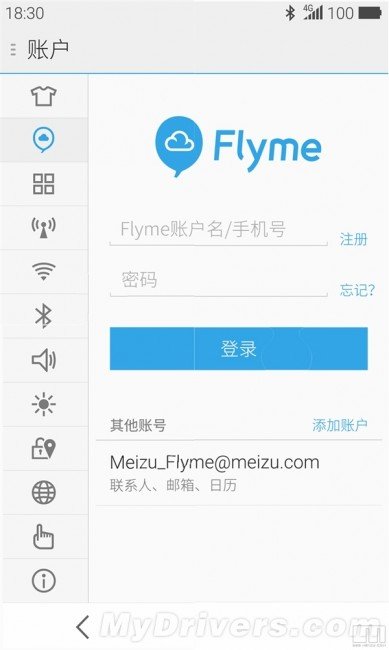 The mystery of the Fkyme 4.0 has been almost entirely revealed thanks to several photospia leaked on the web. The screenshots released on the net provide us with a first (substantial) preview of the rom that we will soon see on Meizu-phone!

Since the launch of the 3.0 version, the appearance of the Flyme has always been flat-style (well before Apple introduced the 7). Exactly one year after its release, all manufacturers are now making versions of their custom rom along that road, Meizu instead already navigates to other shores with this 4.0.

These screenshots, emerged in the last hours, reveal that Meizu has chosen to keep the overall appearance clean and refined, perhaps more than it was already the 3.0 version. We also find positive choices to maintain the same style of navigation and to have added new system menus. Although we imagine that the Meizu style may not enhance everyone, it is certainly impossible to exchange this design for something different. Flyme is unmistakable!

Wanting to describe the Flyme 4.0 with only 3 words, we would use simple, clean and bright. The white smart then is undoubtedly more pleasant than the original black one.

That said anyway, appearance is one thing, functionality is another. We would like to see on the new Flyme an improved camera app, an optimization of the security system and why not, customization options like gesture and / or similar. To see if our dreams come true, let's wait a little longer, the 2 September is near!