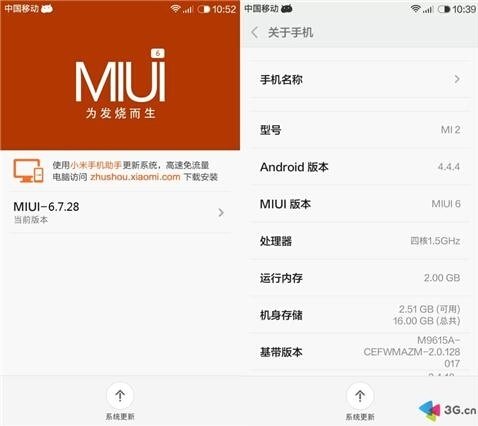 Xiaomi will present the next 16 August the new one MIUI V6 with a graphical interface and all new features. From the last leaked images we can get an idea of ​​how it will be, a lot flat-style!

Since the Chinese Meizu released its Flyme 3.0 (before iOs 7), many developers have started to adopt a much flatter style for their customized versions of Android. Not only developer, but also many manufacturers have changed course in terms of user interface. Judging by the screenshots below, Xiaomi would have done the same!

At the launch event last Tuesday, Xiaomi had revealed that his new Roma would be released next August 16, but beyond that nothing.

The version of MIUI in the images is the 6.27.28, based on Android 4.4.4 Kitkat, the latest available build of the robot. Everything, from the menu to the icons, has been redesigned!

What do you think of the new MIUI? We honestly don't mind. We have been waiting for an update of the UI ...