Chinese smartphone makers like to be very creative when it comes to sending out invitations to launch events. Vivo and Oppo in the past have used Augmented Reality and now, as Meizu did last year for its MX3, Xiaomi has sent what appear to be possible mockups of the future device of the house.

In fact, Chinese high-tech blogs have received invitations that seem to suggest what could be the design of the new Xaomi flagship. The invitation is printed on a brushed metal plate (remember the image published last week?) whose shape seems to be "in agreement" with alleged images of the previously leaked Xiaomi Mi4.

Those who received the invitation argue that, if the hypothesis is confirmed, the device should be equipped with a 5,5-inch diagonal display, with very narrow side bezels and a slightly more upper and lower section " accentuated ". 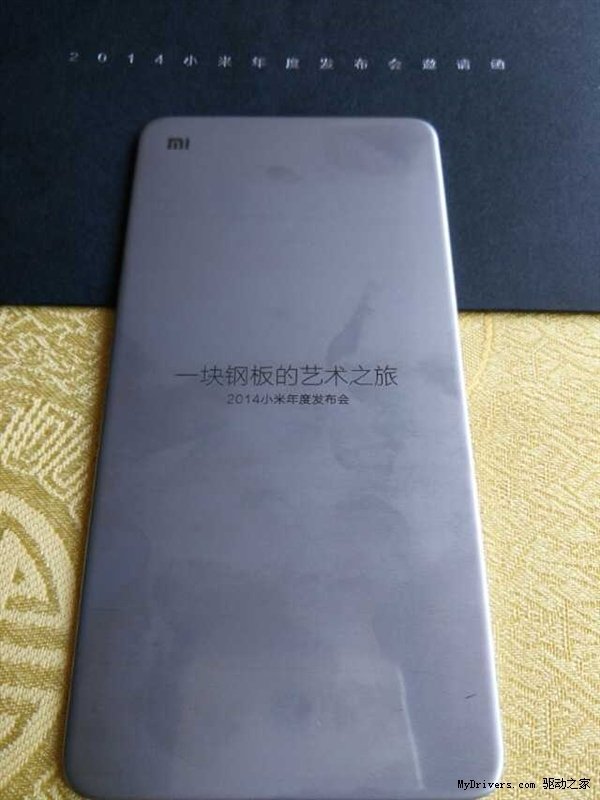 According to the latest rumors, the Xiaomi Mi4 should also have a fingerprint scanner, as well as the 3GB RAM, FULLHD display, Snapdragon 801 processor, 13 megapixel camera and MIUI V6.