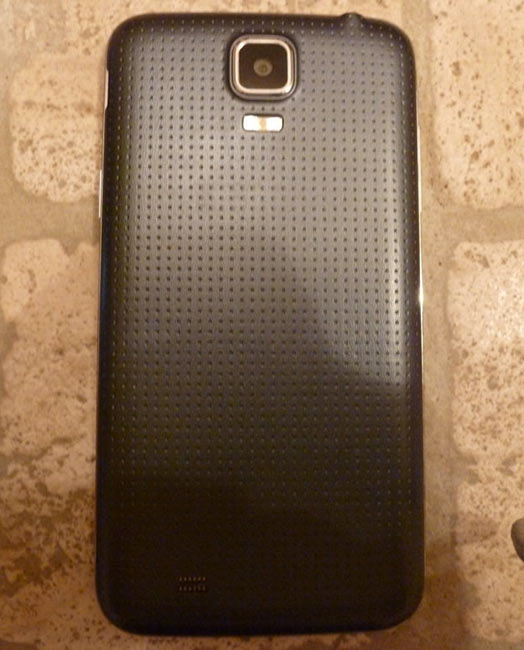 Today we present the review of theHDC Galaxy S5 sent to us by one of our devoted and competent readers, who first of all thank us for their availability.

The HDC GALAXY (S) S5 G9000 is a clone of the Samsung Galaxy s5, or the top of the range of the Korean giant for 2014. Today we will see a review of the device, in order to understand the goodness of the production, both from a point of hardware / software view and daily use.

Open the package, which clearly recalls the original one of the Samsung S5, we find the phone, a wall charger, a USB-micro USB cable, a flip cover in the same color as the smartphone, manuals in English and finally some earphones with commands on the wire. The equipment is therefore what I would call "standard".

This clone made in HDC, a brand operating along the lines of STAR and GOOPHONE, is equipped with a respectable hardware package. On the device, in fact, the now more than run-in SoC octacore Mediatek is mounted MT6592 with frequency a 1.7Ghz side by side 2GB RAM, 16GB of internal memory, for an with diagonal from 5.1 inches and resolution FULLHD 1920 x 1080 pixel, a front camera from 5 mega-pixels and a main from 13 mega-pixels.

The measurements of the Galaxy S5 G9000 HDC are 90% similar to the original Galaxy S5. The two devices differ in the positioning of the audio jack, which on this clone is positioned frontally on the upper edge on the left rather than on the right, and for that of the rear speaker, in this case slightly more centered than the original. 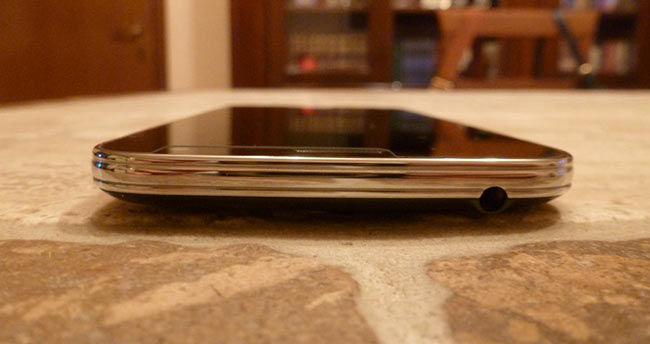 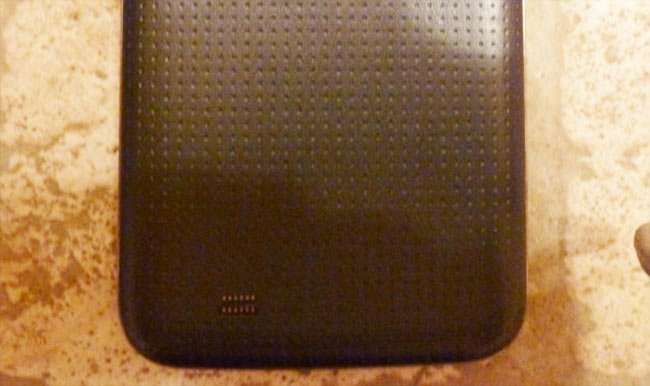 The heart rate reader is missing. For the rest, the phone is identical, even if it is not certified to resist water and dust. The phone is still manageable, even with the exceptions, with one hand. The measurements are 142 x 72,5 x 8.1 mm for a total weight, including battery, of 146 grams, which make it an ergonomic phone at the top, really light and easy to handle.

Even the assembly is at the top, without crunches, compact and built really well.

The SoC octacore MT6592 is no longer a novelty and in fact it is known that it manages everything smoothly. Also on this HDC Galaxy S5 the MT6592 chipset showed excellent performance, numerically represented also by the excellent score of 26.303 points got on Antutu x.

Web browsing, with the 2GB of Ram, is fast and stable, I have never encountered problems or jeopardizing. Even when playing exaggerated games like Real Racing 3 the phone behaves well.

Il GPS, at the first start, it took an abundant 5 minutes to lock onto the satellites, but already at the second start the times were practically halved.

The audio on call is good, the wifi is powerful and takes even with 3 \ 4 walls between the smartphone and the router, while the data connection is very fast and stable (tested with operator Tim). the HDC Galaxy S5 as you can easily imagine does not have 4G LTE support, but for the price at which it is sold I would say that you cannot ask for more.

The strong point of this smartphone is the display, sharp, with FULLHD resolution that is absolutely noticeable, The colors are vivid but with different shades from those of the original Samsung device. I would call them much more natural. Blacks are deep but not absolute, so we won't find a black indistinguishable from the frame, but a very good black. Overall an excellent display, which in the photos you see does not convey the idea, but exclusively due to my lack of practicality in photography. 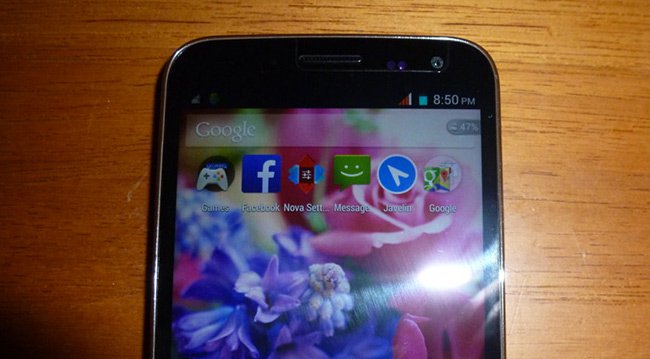 Good camera. The 13 mega-pixel sensor installed on the HDC Galaxy S5 allows the creation of very good shots with daylight and which gradually loses points with decreasing light. To be clear, during the day take good photos, in the evening with the light of the waning sun we always remain on the good, with artificial light the noise increases and in the absence of light the flash poco powerful makes it very difficult to illuminate even close objects. As a result, the camera is a weak point of the phone.

A point in favor is, however, the speed of the shot, manageable with an option of the UI, from zero ms up; I would say excellent speed and very comfortable functionality. Video recording is 1080p at 30fps but the above considerations remain valid: at night it is better not to use the camera. 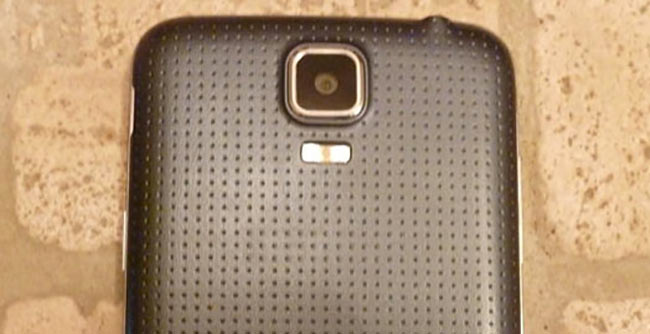 The battery is 2800mAh, which ensures a daily life using the phone quite intensely. So playing, using the data connection and WiFi for about 3 hours and also taking some photos. I managed not to charge it for 3 days, but using it exclusively as a "phone", therefore with only calls and sms.

Taken to be used as a second phone, in the end I'm using the Galaxy S5 HDC as my main smartphone.

You want low weight and excellent ergonomics, you want the camera that I use most during the day and that is very usable with the "zero time shot" option, you want excellent performance, both in terms of navigation and "pure power", at end I am very satisfied and as a price / performance ratio I would say that it has few rivals (120 euros on fastcardtech to which, in my case, 16 euros for customs must be added). If we consider that it is a device equipped with a Mediatek MT6592 octacore chipset and a 5,1-inch FULLHD display, few others have such a convenient price and such high quality.

PLEASE NOTE: The staff of GizChina.it is not responsible for any problems in the purchase of the device reviewed here or others purchased in the store mentioned above by the reviewer.