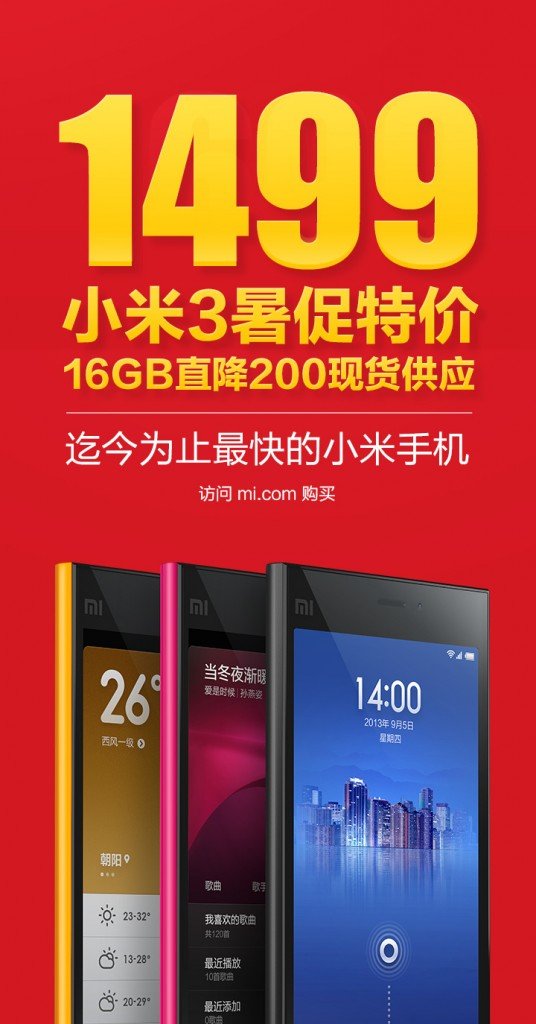 The collapse of the price of the Xiaomi Mi3 in China does not seem to want to stop. From the launch event of the current Top Gamma of Xiaomi, in fact, that of the last hours is the second cut at the price of the device.

The price cut concerns both versions of Mi3 (China Mobile equipped with Nvida chipset and WCDMA version with Snapdragon 800), while the model with 64GB of internal memory keeps the price of 1999 Yuan (about 240 euro), which is the current OnePlus One price from 16GB.

We hope to see as soon as possible the application of this price cut of Mi3 also by international dealers.