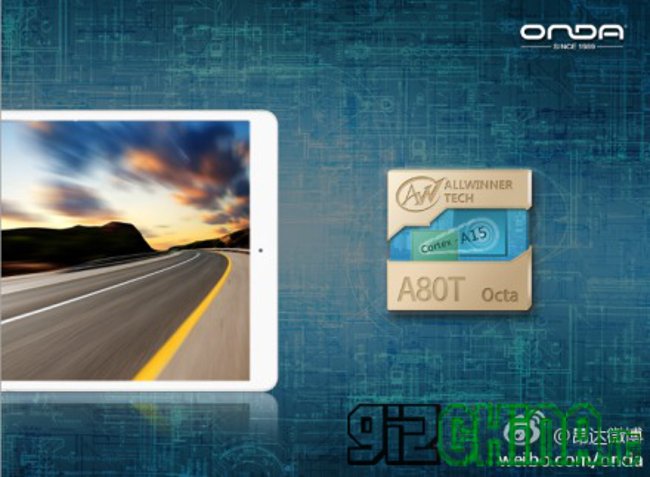 On the official Weibo profile of Onda, a leading Chinese company in the field of tablets, has just been published in a post that talks about a tablet with hardware potential that, judging by the alleged benchmark results, could be really impressive. The device in question is theV989 UltraOcta wave!

According to reports from the company, this new and portentous tablet would be able to score really incredible benchmark scores, approximately 15630 on 3Dmark and well 48102 on Antutu. To power the device we will find the new Allwinner A80T octa-core processor, chipset based on big.LITTLE architecture with four Cortex A17 cores and four Cortex A15 cores and 6230core PowerVR G64 GPU. Judging from the images, it could be a device from 9.7 inches, probably with IPS display a resolution 2K. 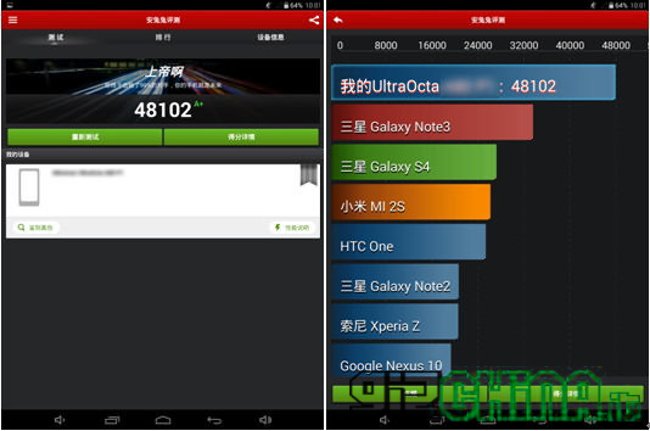 According to rumors spread by some company employees, the Wave V989 UltraOcta would be well equipped 4GB RAM e 32 or 6GB of storage. However, it seems that we will not have to wait so long to see this device on the market!