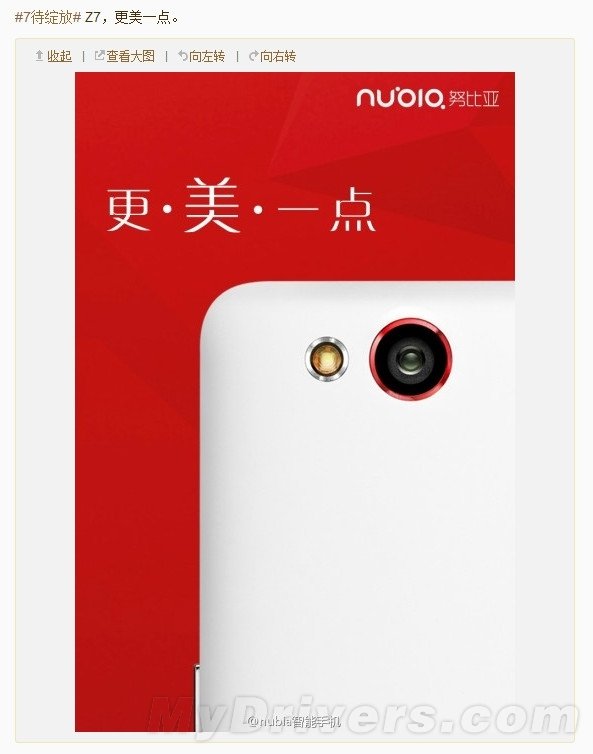 ZTE Nubia he is continuing to indirectly release images of his next flagship Universal Z7. This time it's the turn of the user interface!

Nubia Z7 is the high-end terminal that will replace the current Z5S. According to the well-informed, this should be a "reduced" version with resolution Full-HD 1920 x 1080 inches (5 inches) of the big-size X6 from 6.44 inches, 3GB RAM, camera from 16 mega-pixels and, above all, quad-core processor Qualcomm Snapdragon 805. If the rumors were actually confirmed, the Z7 would be the first terminal to equip itself with this chipset!

Nell 'image emerged today we can see the design of the settings tab, specifically the dual-SIM card is selected. It is important to remember it, in addition to the alleged unparalleled hardware compartment, the Nubia Z7 should cover all LTE bands (like the OnePlus One to understand ...)

As we showed you in a previous post, ZTE in an advertising image related to the Football World Cup unfolding now in Brazil has inadvertently unveiled the price of 2999 Yuan (approximately EUR 356). Did you want to buy it? Yes? It could be available as early as next month!