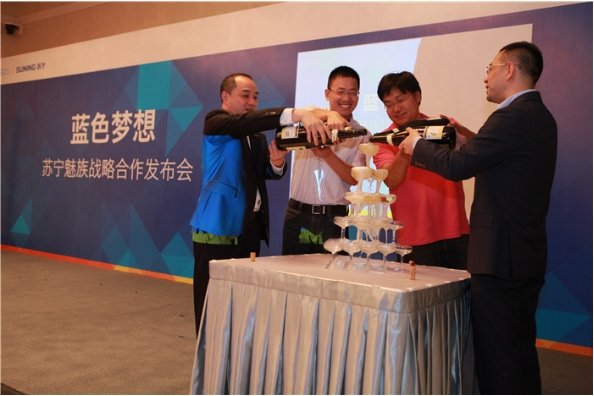 Meizu and Suning, one of China's largest consumer electronics chains, announced the collaboration "Blue Dream", which will serve to increase sales of both companies and open more stores.

Meizu already has about 500 physical stores scattered around China, and now with the help of the Suning electronics giant this number is set to increase by additional 300 within the next year! We have seen Meizu explain the wings with Meizumart and with the official entry into Italy, but the company is getting ready to grow in China too.

The announcement of collaboration between the two companies has come from Beijing, where Meizu and Suning have announced plans to create 300 new stores and increase sales of 2 billion! The number may seem too optimistic, but with a giant like Suning behind Meizu can make it without too much trouble.

The collaboration between the two giants will be called "blue dream" which sounds strangely similar to "blue charm", which according to rumors should be the name of Meizu's low-cost line of devices, which should challenge the Hongmi / Redmi series of Xiaomi.

We can not wait to see what Meizu has in store for this year and find that their rapid changes and their equally rapid growth are really interesting!