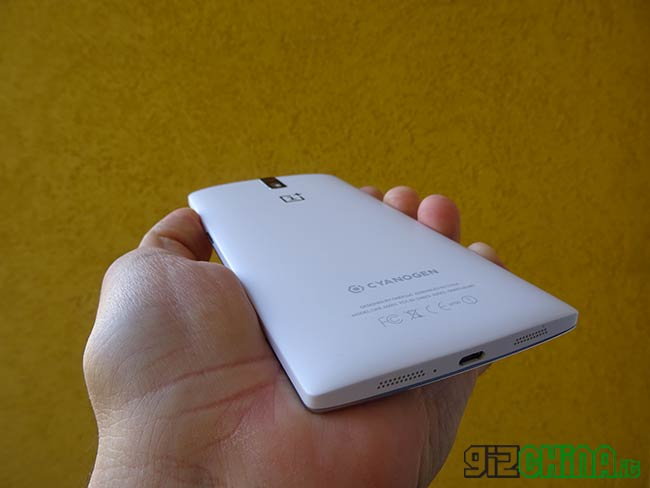 Call it bad luck, but some European buyers of OnePlus One, who were lucky enough to get an invitation to purchase, will have to wait a little longer before getting their hands on the Killer flagship. The second OnePlus One stock shipped to Europe, in fact, seems to be late due to a technical-bureaucratic problem.

According to an announcement posted by the OnePlus staff on the company's official forum, a batch of OnePlus One smartphones would have been denied customs clearance due to the CE mark considered by Customs officials to be inconsistent. OnePlus claims to "have tried to design the regulatory icons (CE) in such a way as to make them consistent with the minimalist style of the rest of the text." This choice of "design" most likely was not appreciated by Customs inspectors. However, another batch was able to pass customs checks.

Unfortunately, some of the phones did not clear customs in Europe. We worked tirelessly on every aspect of the One's design, including the text on the bottom of the back cover. We designed the regulatory icons to match the minimalistic style of the text, but the design of the CE icons was unfortunately considered unacceptable by the customs agents and returned.
All those affected by this delay will be contacted by our team very shortly.

The company, hoping to solve the problem as soon as possible, delayed shipments by two weeks. In order to apologize for the inconvenience with buyers, OnePlus will offer a cover and a screen saver free to the latter.

The following is the e-mail sent to buyers interested in shipping delay:

Thank you for ordering from oneplus.net. One of these shipments has been delayed on its way to the warehouse. Your order was among the affected.
The issue stems from our vision for the design of the OnePlus One. For the back cover, we wanted to be as minimalistic as possible. In order to achieve this, we modified the CE icon to match the other icons. This was unacceptable and our shipment was returned.
Last week. Due to unforeseen issues with our product design, we need two more weeks until we can ship. Please accept from us a complimentary cover and screen protector. You can also cancel your order and receive a full refund.
We sincerely apologize on behalf of the entire OnePlus Team for you, such inconvenience, and hope for you to make mistakes in the course of our growth.

Let us know if you are among the recipients of this message.