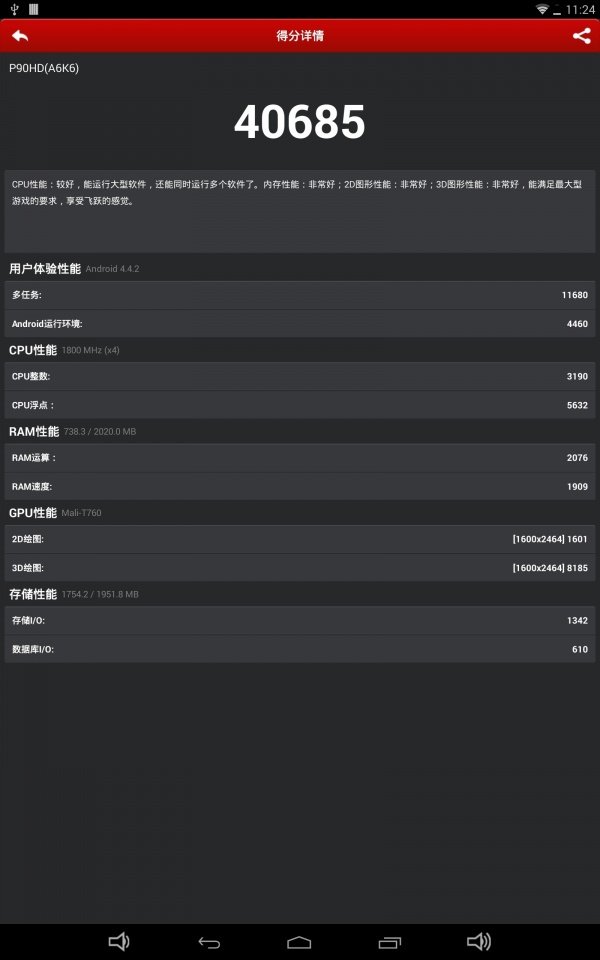 Several times we have discussed the need to "take with the pliers" the scores obtained by the devices on Antutu, as the same, we repeat, are to be considered only as useful guidance tools.

Consequently, a "number" can never accurately represent the performance of a smartphone and / or a tablet, but when a device definitely raises the level of competition we can not help but give you the news. This is the case of the new and highly anticipated Rockchip RK3288 chipset.

As is well known, Rockchip, a Chinese manufacturer of processors designed for tablets and wearable devices, launched its latest SoC in April during the Hong Kong Electronics Fair. At the time of the launch, Rockchip announced that the RK3288 would be a big breakthrough and to look at the first Antutu results leaked most likely the promise could be maintained.

A tablet with Android OS KitKat 4.4 and on board 2GB of RAM, a Mali-T760 GPU and, of course, the Rockchip RK3288 chipset, has passed in an Antutu test the 40.000 points (exactly 40.685 points). The result is quite surprising and is at the same level of those achieved by the devices with the Snapdragon 801 or the Nvidia K1.

iFive and Pipo seem to be already willing to test the RK3288 chipset on the next tablets in production and we can't wait to see them in the stores!