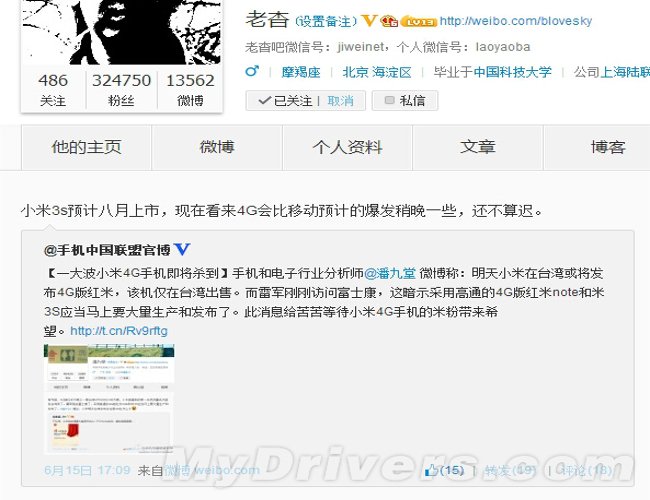 About the story Xiaomi Mi3Slet's face it, there's quite a lot of confusion lately. You are not sure of anything! Yesterday, the usual @panjiutang had in fact re-confirmed the release of the device, endorsed today by the laoyaoba blogger @blovesky.

It would seem that at the end of all a Xiaomi Mi3S there will be and, conditional obligation, should arrive in August. The upgrade of the top of the Mi3 range presented in Beijing last November will have a successor supporting LTE connectivity. The timing is not confirmed, but it seems that at the end of the games an Mi-phone LTE will debut on the market.

The rumors, as you will remember, started a long time ago, indirectly confirmed by a post on the official facebook profile of the company and the emergence of some screenshot Antutu which we are reporting here: