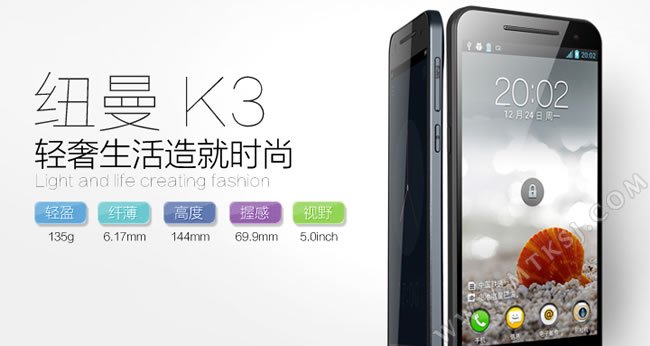 Newman 2014 began the year with the commercialization of a 8-core device named Newman K18 Williams and thick just 6,17mm (the thinnest Newman phone). But the K18 is not the only 8-core smartphone on the market, there is also the Newman K3. Let's find out together!

Comparing the Newman K3 and the Newman K18 we immediately see the main difference: in the K3 the Android operating system 4.2 JellyBean is replaced by the operating system Aliyun Os 2.3. Everything else, including design, remains almost the same: dimensions of 144 x 69,9 (69,6 for K18) x 6,17 mm, dual-SIM support and frame in mixed aluminum plastic.

Equipped with support for TD-SCDMA / WCDMA / GSM networks, the Newman K3 for hardware is characterized by: Mediatek MT6592 8-core, display by 5 Full-HD Thumbs × 1920 1080, 2GB RAM, 16GB storage, front camera from 5 mega-pixels and Sony back from 13 mega-pixels, not removable battery 2000 mAh and dual-band WiFi connectivity. A "hoax" therefore the ministerial certification image in which 4GB of RAM appeared.. 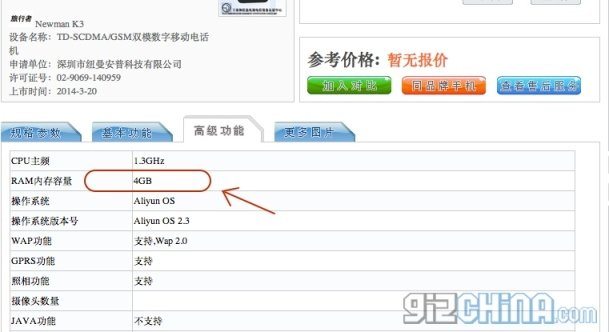