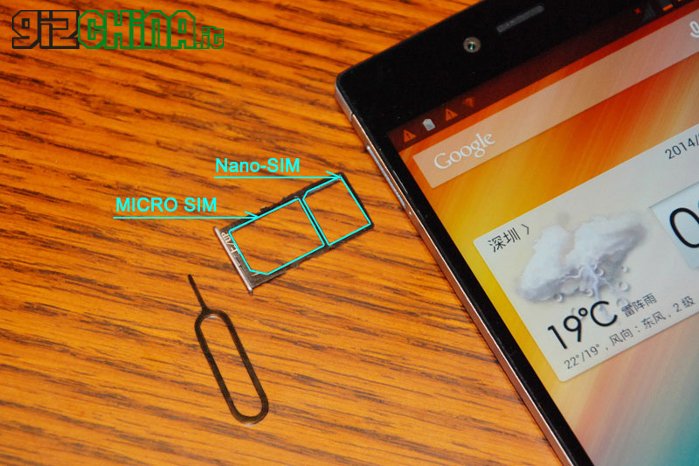 The next top of the Chinese company iOcean, the iOcean X8, has been the subject of many rumors and spy photos in recent weeks. Users who have been able to test an iOcean product, are well aware that these are well-made products, which bear witness to the rapid growth of this manufacturer. The iOcean X8, which we saw this morning in the first unboxing to the world, is a highly anticipated product, which could represent the leap in quality of the company. 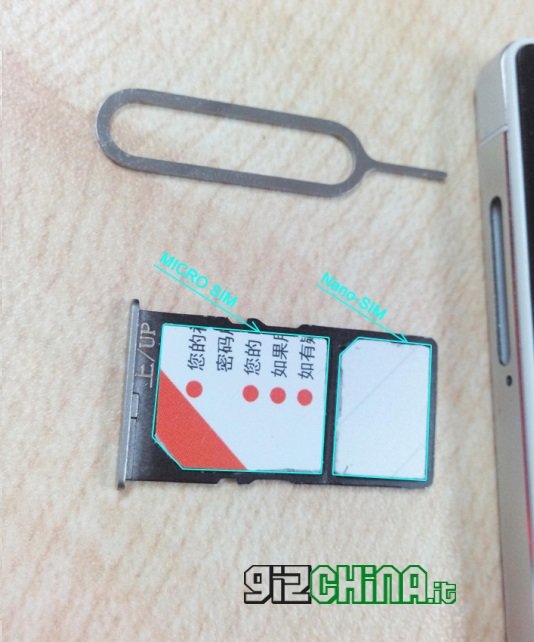 As you can see from the image above, the company has followed in the footsteps of Vivo, equipping this smartphone with a single tray that will house both SIM cards. The first part of the tray, which you can distinguish from the typical shape, will house the first SIM in MicroSIM format, while the second part, of reduced size, will house the second SIM in Nano SIM format.

This constructive choice meets the needs of creating a smartphone so elegant, making sure that the aluminum frame does not have to stop several times to accommodate two different trays. 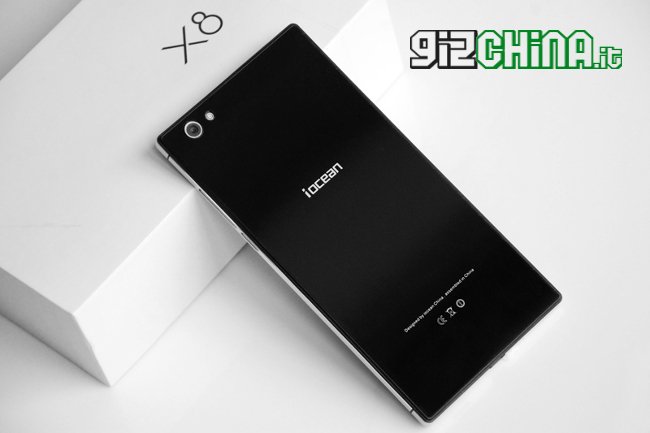 In addition to receiving confirmation of the presence of dual SIM support, we received a gallery of images that show the smartphone at different angles. 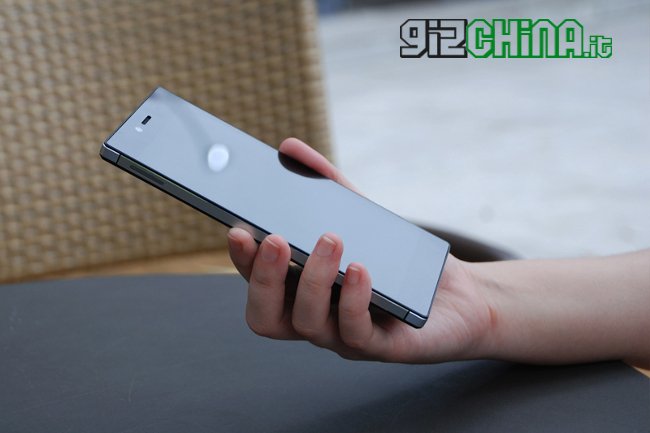 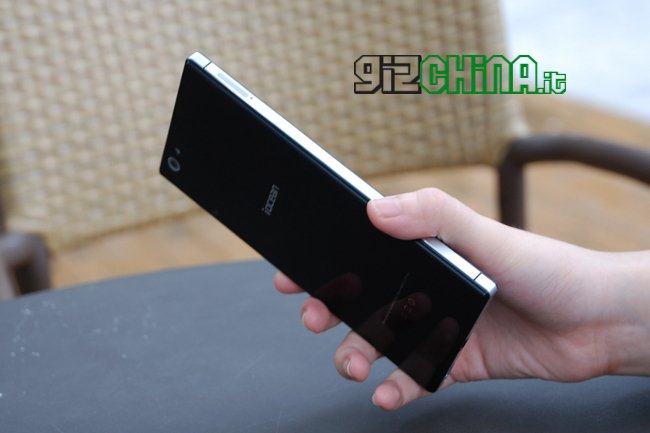 From the photos above we can get a better idea of ​​the size of the smartphone in hand, which, despite the display from 5.7 inches, appears to be relatively manageable.

From the images we can also see details of the metal frame that covers the device on the sides, above and below, which in addition to giving the smartphone an elegant and refined design, makes the structure more robust. 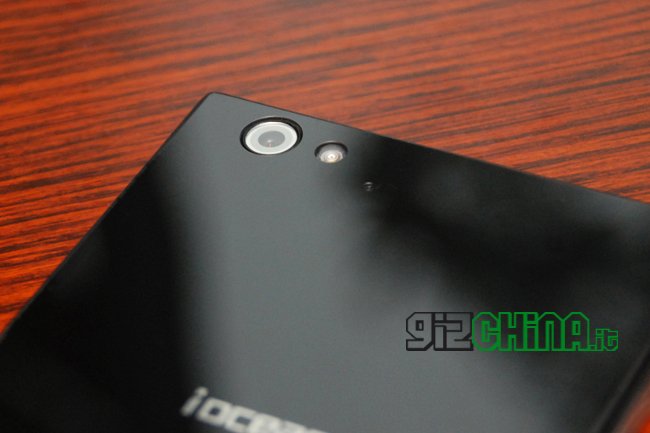 From the image above we see instead the rear camera from 14 mega-pixel in detail. From the image, it seems that the camera is a few millimeters lower than the rest of the rear panel, a detail that could serve to protect the camera itself when the device is lying on flat surfaces. 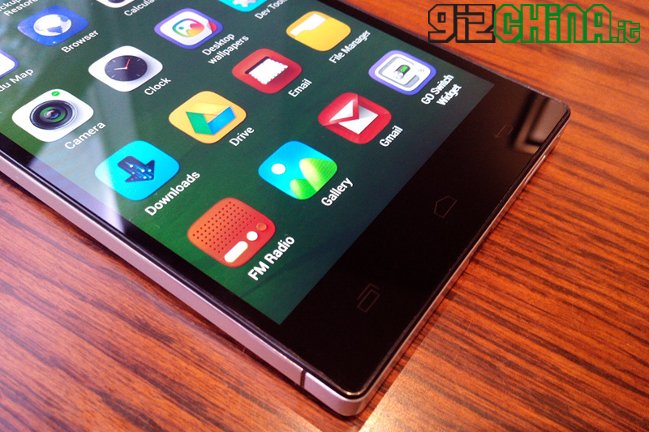 In this shot we see instead the chin of the device, which houses the three Android navigation keys. We still do not know for sure if the keys will be backlit, but we hope they are. We also see how the lower frame is quite large, while the side frames look very thin. From the photo we also see the detailed rendering of this Full HD display. 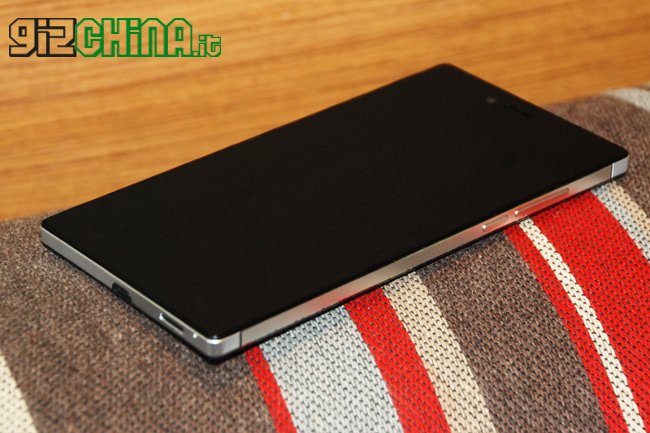 From these images we see instead what should be the system speaker, dug into the metal frame. We would have preferred a double speaker, but the lower positioning of the same is already a welcome detail and an improvement over the previous devices of the company. There do not seem to be keys dedicated to taking photographs.

The premises for this new top of the range of iOcean reveal a high quality product there are all. With MediaTek's recent announcement, which said that octacore MT6592 processors are now upgradable to the Android 4.4 KitKat, there is a good chance that this smartphone will receive the latest version of the BIG G software. We also remind you that another model The iOcean company, X7, officially received the MIUI ROM note, opening up new possibilities for iOcean software.

In the coming weeks we will receive the iOcean X8 from iOcean.it, the official dealer for Italy, so that we can provide you with the complete review. Stay tuned!

Samsung is working on Self Repair Assistant, the new self-repair app ...

NIO ready to launch its first smartphone: that's when it will arrive