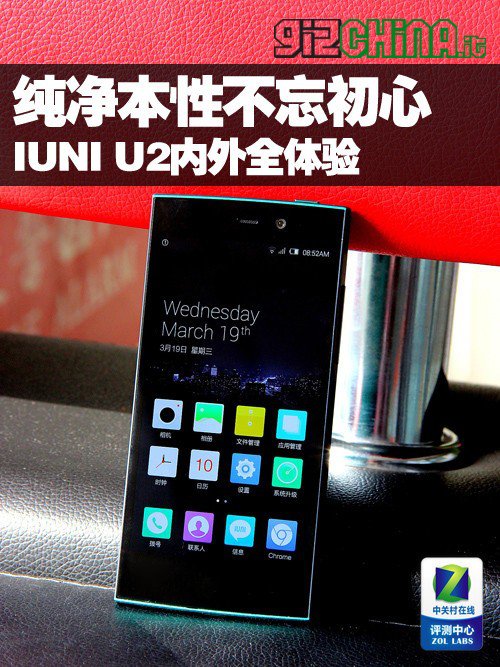 Today we present the review of the IUNI U2 made by the Chinese site zol.com.cn, one of the most authoritative sources of technological information in China. Waiting to get our hands on this very interesting device, we present this review full of photos and details, which will allow our readers to get an idea of ​​this new, promising smartphone.

Review of the IUNI U2 - The company 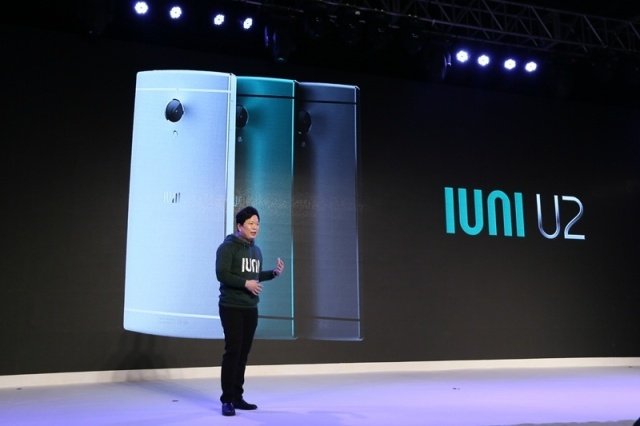 Chinese mobile phone companies now sprout like mushrooms. Some companies start their career proposing medium-low-end smartphones, intended to make the name of the company known on a large scale, others follow instead the footsteps of the best known producers, creating products aligned with the competition, but others, as he showed us OnePlus, are destined to amaze immediately, following the footsteps of the giant Xiaomi. Among these we find IUNI, a team born from the software development of the IUNI OS ROM, which has recently presented its first ever smartphone, the IUNI U2 with Snapdragon 800. IUNI has however behind another Chinese company that deals with mobile telephony, the Gionee, a bit 'as the Nubia has ZTE behind.

The IUNI U2 is a top-of-the-range smartphone, made with high-quality materials, equipped with a Full HD display, 800GHz 2.2 Snapdragon processor, 16 mega-pixel rear camera and available in two configurations, the first with 16GB of internal memory and 2GB of RAM, the second with 32GB of internal memory and well 3GB of RAM. In addition, the smartphone has as a front camera the same unit that the HTC One has as a rear camera, with 4 mega-pixel and Ultrapixel technology! Now let's see the complete specifications of this smartphone.

Review of the IUNI U2 - Design and materials

In terms of design and materials, the IUNI U2 is a particular device, the details of which have been maniacally treated. The smartphone is made entirely with a fine metal alloy. 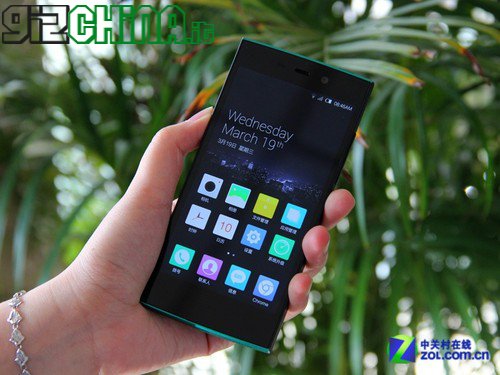 This smartphone, as opposed to recent trends, is designed to be used safely with one hand. Everything, from the rounded design of the back, up to the size of the display, has been designed to make this smartphone suitable for one-handed use. 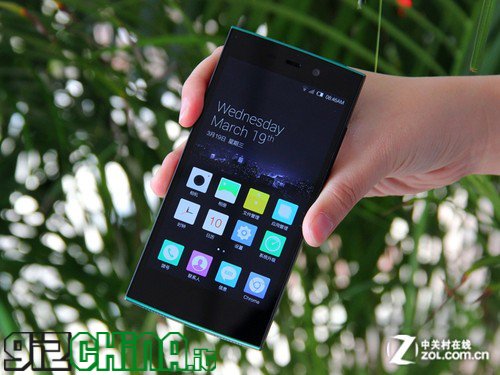 On the front of the device stands the Full HD display from 4.7 inches, surrounded by fairly narrow side frames and upper and lower average frames. At the top, near the front camera, we find the call capsule and the light sensor. 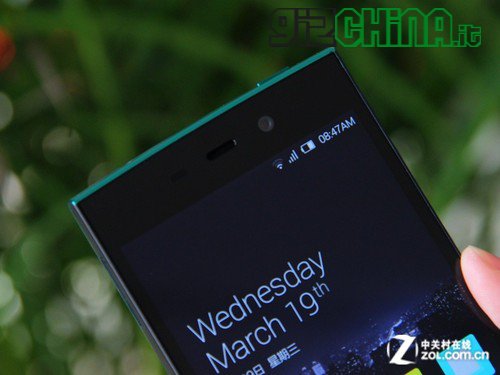 The front camera of this device is, as already mentioned, a 4 mega-pixel unit with Ultra-pixel technology, just like the HTC One rear camera. 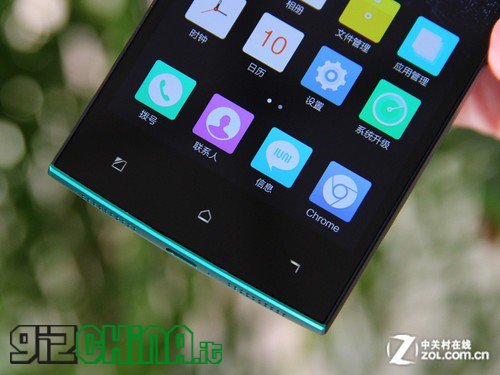 In creating the design of this smartphone, the company was inspired by the "Nordic lights". The coloring object of these photos is in fact the Aurora Green. The smartphone has a truly well-finished, elegant and qualitatively excellent design. In the image above we see the three Android navigation keys, which are designed in a rather original way. The three keys, when appearing or disappearing, have a beautiful light effect. They will look like details of poco count, but reflect attention and quality that reflects the IUNI team. 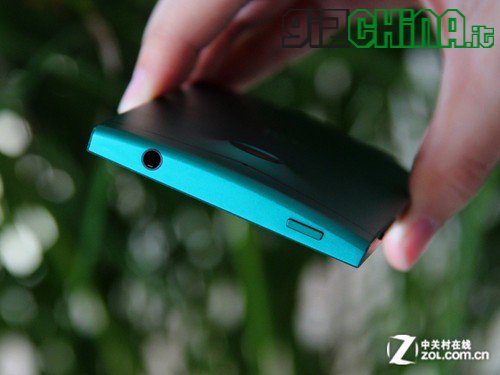 On the top of the device we find the headphone jack 3.5mm and the lock / power button. From the image above, two important constructive features of the IUNI U2 begin to appear: the "double-curved" design and the protruding rear camera. 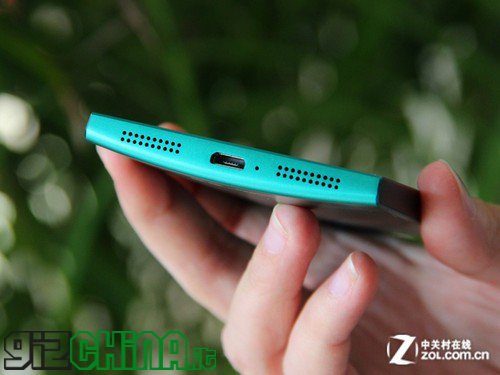 On the lower part of the device we find instead a double system speaker, the micro USB input and a second noise reduction microphone. Also from this angle is the elegant curvature of the back of the smartphone. The speaker grilles are really well made. 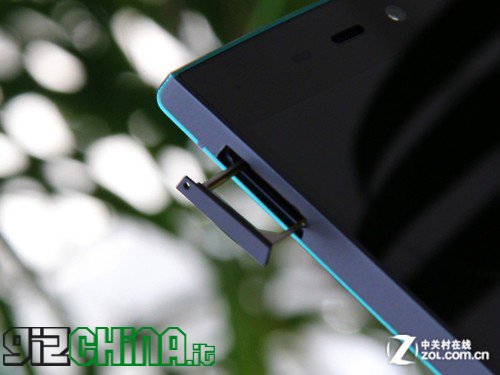 The left side of the smartphone houses the tray for the micro SIM, which can be removed by exerting a slight pressure on the hole with a paper clip or a pin. 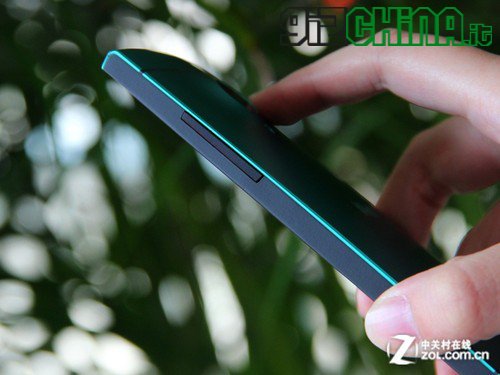 On the right side of the smartphone we find the volume rocker instead. 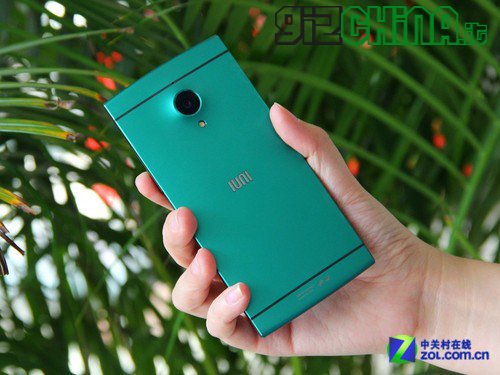 Here we are finally at the back of the device, key to the design of this smartphone. The back of the device is, as anticipated, slightly curved. The company speaks of a "double curve", since the curvatures are actually two, symmetrical, which start from the central axis of the rear panel of the smartphone. The feeling in seeing this smartphone is to be in front of a classy and elegant product. 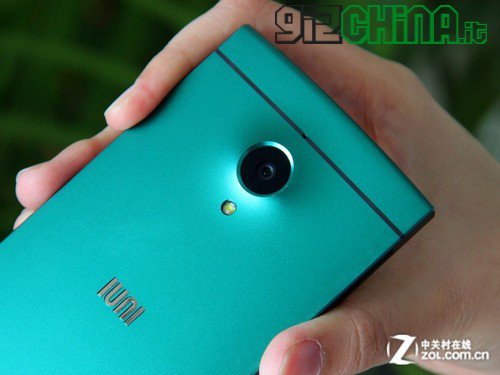 In the rear panel we also find the large 16 mega-pixel camera and the LED flash. The company itself stated that the time and cost of producing a smartphone with such a complicated design are insane, if compared to the selling price, but declaring that it strongly believes in the care of design and the materials used. 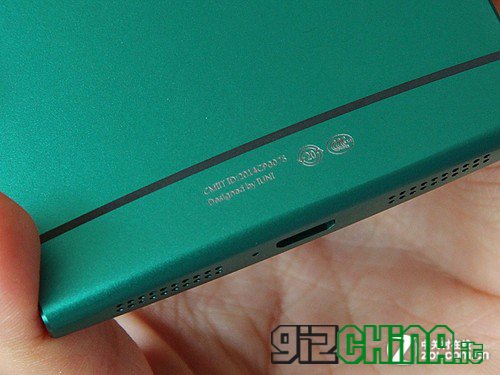 Finally, on the lower part of the back panel of the smartphone we find small letters, including "designed by IUNI", also very well kept!

Review of the IUNI U2 - IUNI OS

The IUNI OS, the operating system based on the company's Android 4.3, should be one of the strengths of this smartphone. The company has in fact talked several times about software optimization and hardware / software combination, as the only way to create a high quality product. In addition, the IUNI OS is designed to be free of unwanted software, useless applications or other, while maintaining the maximum lightness and cleanliness possible. 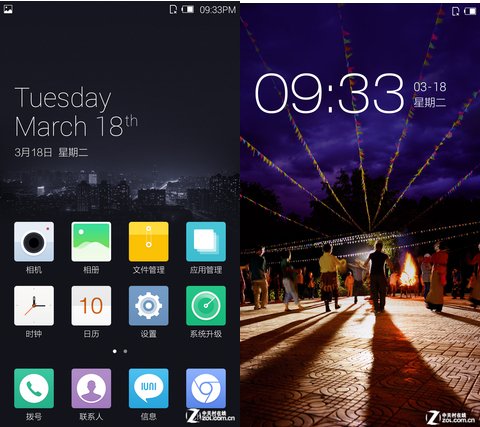 The graphics of this ROM have a "flat" appearance, very fashionable over the last few months, with squared icons. Users of the Amigo OS will immediately notice that IUNI was inspired by Gionee ROM graphics. 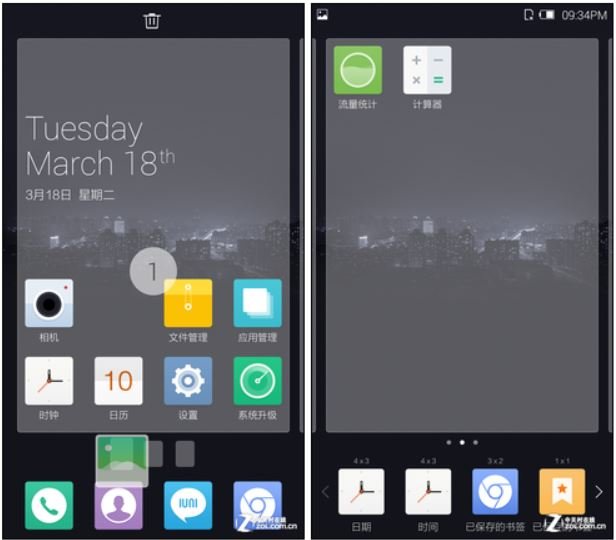 In any case, the interface is graphically very pleasant, probably one of the most beautiful available. As expected from a top-of-the-range smartphone, IUNI has implemented all of this in its system for optimal system management, such as quick widgets in the notification drop-down and good multitasking management. 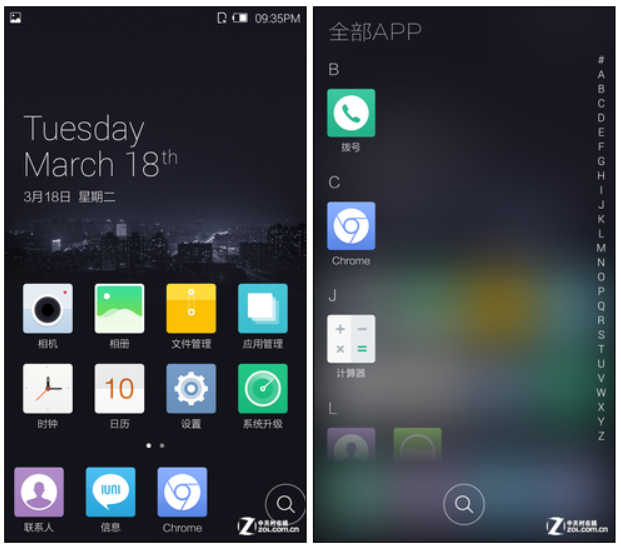 The IUNI OS also implements a quick search function between applications, also offering the possibility of organizing them by name in a vertical scrolling list. 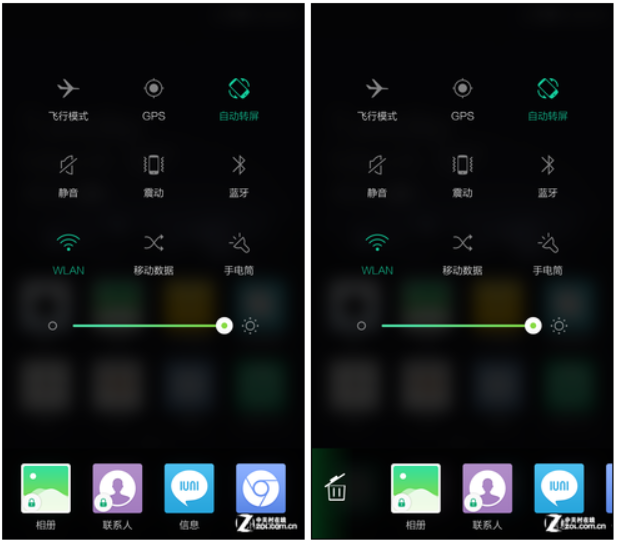 The quick widgets for settings, which are part of the notification curtain, are well designed and convenient to use, offering a beautiful transparency effect compared to the home screen. 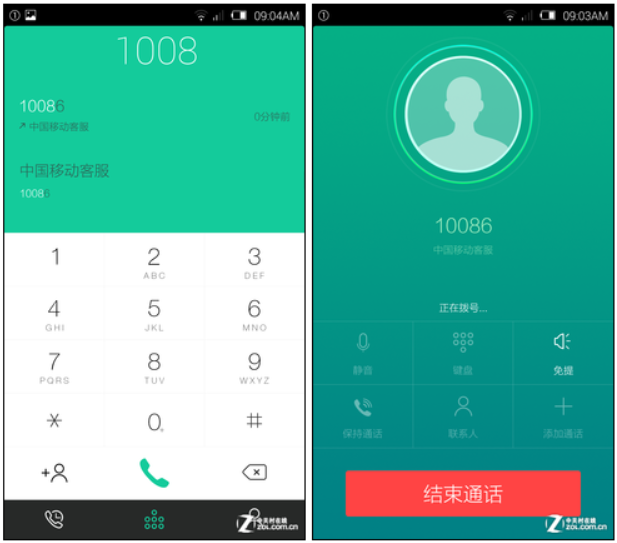 From the image above we see the call interface, with the classic switch between the numeric keypad and the various call options, which include the recording of conversations. This interface also reflects the simple and clean style of this ROM. 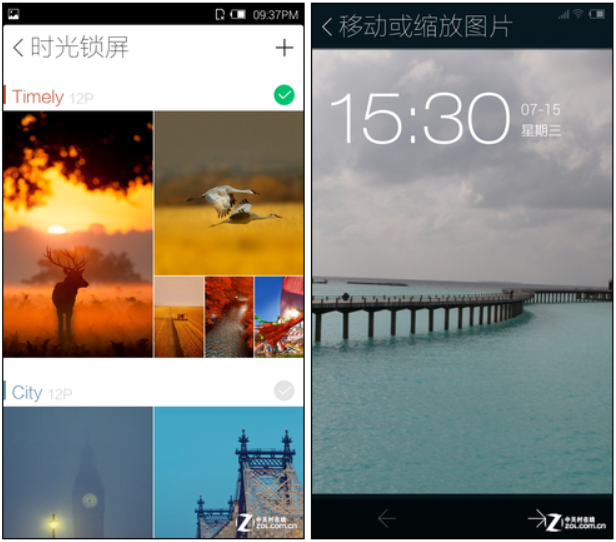 The unlock interface allows the user to set multiple background images, which will automatically change over a set period of time. This feature is very nice and allows the user to choose a set of photos for the lock screen, even between personal photos.

The software of this smartphone is therefore very complete and well done, also offering a user experience clean and free of useless applications. However, considering that the team has entered the smartphone market mainly to make known its ROM, it is desirable that the company enriches the IUNI OS with some exclusive function.

Review of the IUNI U2 - Cameras

The smartphone's photographic compartment offers top-of-the-line hardware, with a super-mega-pixel 16 rear camera and a mega-pixel 4 front camera with Ultra-pixel technology. 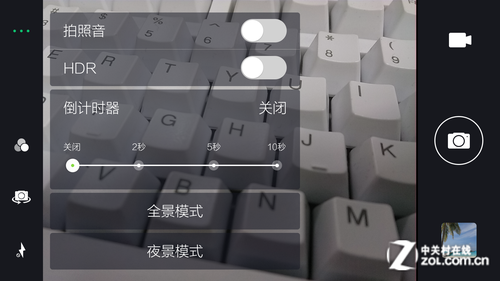 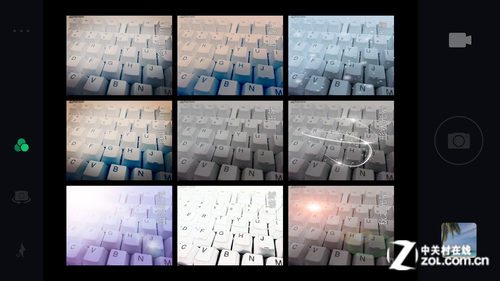 The photographic application of the IUNI OS is very complete. In fact, we find all the important functions, such as HDR, but also many photo filters to create original and fun photographs.

The main camera produces high quality photographs, with faithful colors, high detail and good performance even in low light conditions. The sensor from 16 mega-pixel certainly helps to offer a high detail, but as we know it's not just a matter of mega-pixels! Unfortunately we can not offer you the pictures in the original format, but we reserve the right to carry out a photographic analysis of this IUNI U2 as soon as possible. 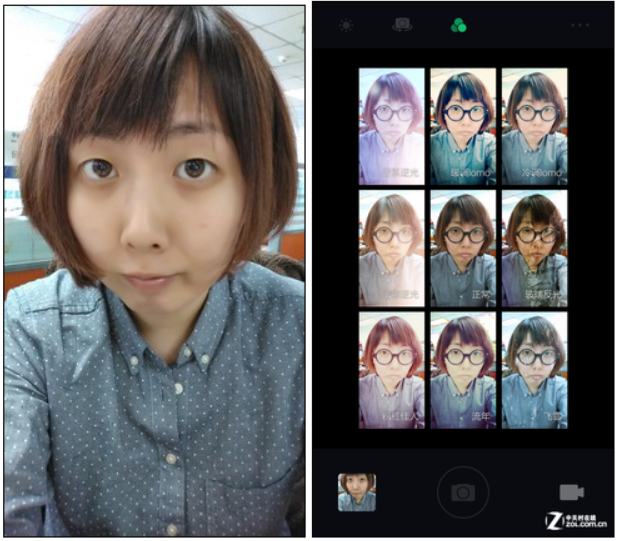 The front camera also offers high quality shots. better than those made by many competing smartphones. The company wanted to exploit the hardware sector of this smartphone by implementing the nice features, such as "beauty mode", which allows you to take special selfie, with effects of makeup or embellishment.

Review of the IUNI U2 - Performance

The performance of this smartphone is certainly high, thanks above all to the powerful Snapdragon 800 processor. 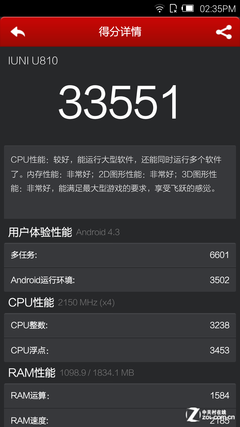 The Antutu score of 33551 leaves no doubt about the computational capability of this device, which is perfectly capable of handling any type of operation without problems, including video playback in 4K. The score is similar to that of other devices with Snapdragon 800, like the Sony Xperia Z1.

One flaw of the IUNI OS is the multimedia player, which leaves something to be desired. We therefore recommend installing a different player, to fully enjoy the graphics performance of a smartphone so powerful, which offers a display with a pixel density higher than that of all major competitors, such as Xiaomi Mi3.

Review of the IUNI U2 - Conclusions

We are facing a really good smartphone. The photographic industry is of high level, the hardware is at the top, the battery made by Samsung does not disappoint, the display is a pleasure for the eyes, but above all the design is beautiful, extremely nice and elegant. The IUNI OS is a good system, which can definitely improve over time.

Prices on Chinese soil are really ridiculous, at least if compared to the top-of-the-range smartphone prices here in Europe. Hardly importers will sell this smartphone at such a low price, but if you have the chance to get one, do not let it escape, the IUNI U2 is a bargain!