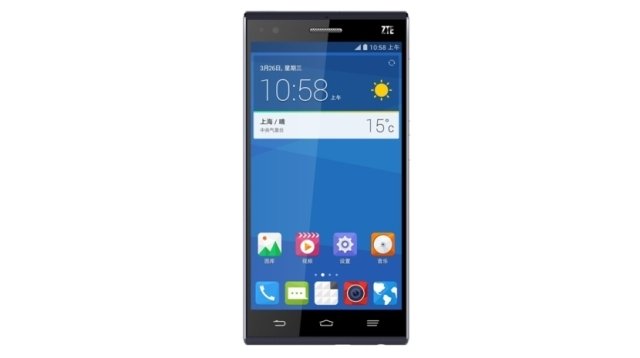 We discovered it ZTE Star 1 only a few days ago in a spy image. ZTE has already introduced it to the market, unfortunately for now only the Chinese one.

This new phone feeds an already extensive offer that has seen the recent launch of the Grand SII, the Qing Yang II and the Memo II. The Star 1 is a smartphone with very modern lines, with display from 5 Full-HD Thumbs × 1920 1080, 2GB RAM, 16GB storage, connectivity 4G, front camera by 5 mega-pixels and back from 8 mega-pixels, processor Qualcomm Snapdragon 400 from 1,6 Ghz, battery from 2300 mAh and operating system 4.4 Android Kitkat.

Available in the colors White, Black and Pink, the Star 1 is also equipped with Bluetooth 4.0 and infrared sensor.

A phone that for specific positions in the same band of the Grand SII, except for the CPU. The price at which it will be sold then will be very competitive; JD.com has it in the catalog for 1399 ¥ (about 162 €).

Customers who want to buy, or better, pre-order the ZTE Star 1 can do so from today until the next 28 April, with shipments then start from the next 29 April.

As pointed out by PhoneArena, ZTE sells its products worldwide. He doesn't sell them all though ... We'll have to cross our fingers and wait! If you were on holiday in China right now, hurry up and buy it, already 300 thousand people have pre-ordered the ZTE Star 1.