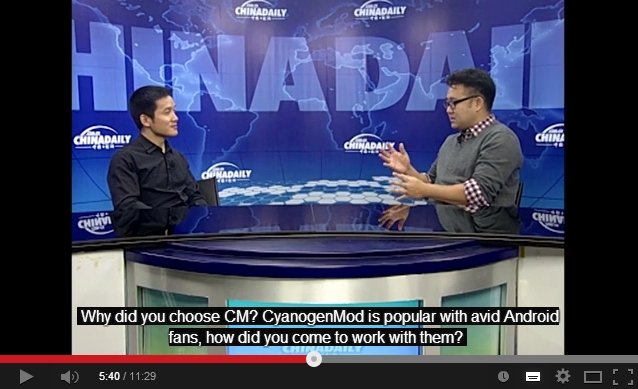 OnePlus is creating a huge expectation among mobile phone fans. The company recently announced that its first OnePlus One smartphone will be equipped with one battery 3100mAh and a chipset quad-core Snapdragon 800.

OnePlus is pursuing a rather unique marketing strategy. After a long period of reflection, the company has finally started this month to launch clues and to leak news on their first smartphone. Not only that, OnePlus is also open to fans and their requests, but, however, unanswered questions remain, especially those related to the general ideology of the company.

In the video, Pete Lau, CEO of OnePlus talks about his company born a few months ago.

Lau is a long-time entrepreneur, already known for his experience in OPPO. With OnePlus One, the company turns to a new niche of "advanced" Android users who care more about the overall user experience and not just the specific sheet of a device.

We must say that the idea itself promises a lot. However, as always, it is to be seen whether the idea will be supported by concrete facts. Force OnePlus!
Do you like our posts? Follow us on Facebook, Twitter, YouTube and G + not to lose all our updates!