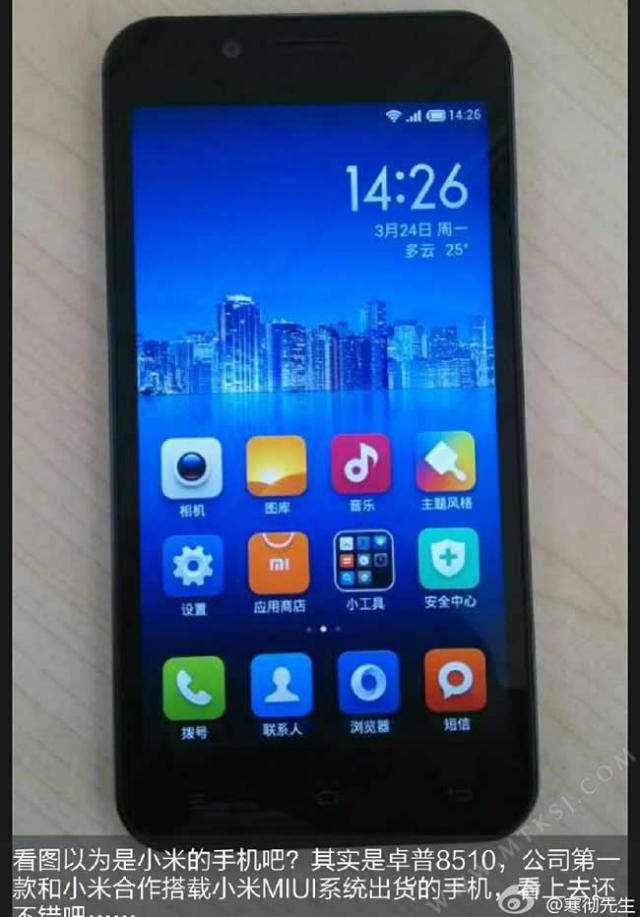 The new ZOPO ZP1000 appears again in spy photos, this time with the note MIUI V5 installed on the device!

The leaked photos show that on the new device Zopo outgoing is already underway a great work of modding, which even could make presume an agreement with Xiaomi for a launch of the device with MIUI V5 preinstalled.

This is what we would like to see, but in reality it is much more likely that the Zopo ZP1000 was photographed with the Mi Home launcher (available on the Play Store) running.

The Zopo ZP1000 has already obtained the network license and aims to be one of the first smartphones launched on the market with the new Mediatek Hexacore chipset (6-core).
Do you like our posts? Follow us on Facebook, Twitter, YouTube and G + not to lose all our updates!