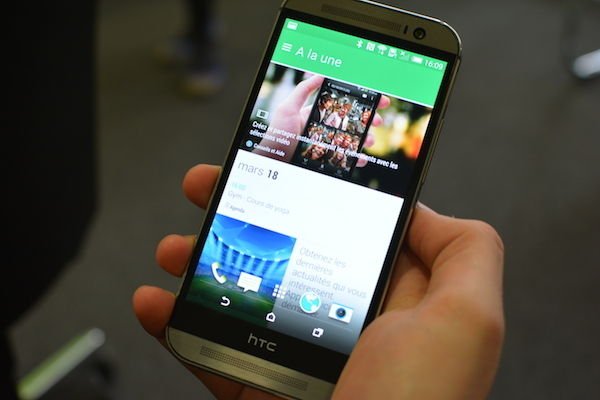 The Taiwanese HTC has finally presented the long awaited HTC One M8, with events held simultaneously in New York and London.

As expected, almost all the voices and photos leaked before the launch turned out to be true. I refer to the double rear camera, the frame and the unibody construction and many other details. The device is equipped with the Qualcomm Snapdragon 801 chipset, the same one that will be adopted by OnePlus One.

The HTC One (M8) will also have a larger display than its predecessor, with a diagonal of 5 inches and Gorilla Glass 3 protection (the previous one from 4,7 inches had been considered by some to be a bit small). However, the resolution remains the same at 1920 x 1080 pixels, which means that the HTC One (M8) will have a lower pixel density than the previous model.

While most markets, including the European and US markets will see the HTC One M8 version with 801Ghz X-rayX chipset on the shelves, residents in Asia will be lucky to buy the model with CPUs clocked higher than 2.3 GHz clock (the Krait 2,5 variant). The device will enjoy a good level of multitasking thanks to the 400GB of RAM that will be equipped, which will be flanked by a variable storage space between 2GB and 16GB. Both versions will however allow a memory expansion up to 32GB.

The second 4 megapixel Ultrapixel camera (1 / 3.0 ″ sensor, f / 2.0 aperture, 2µm pixel size) on the back (the top one will be used for the calculation depth, which is something very similar to the visual system The front camera is now bumped by 5 mega-pixels with a 5 mega-pixel wide-angle lens, much more selfie-friendly than the original 2.1 mega-pixels of the previous model.

The HTC One (M8) will be on sale in some markets starting today, while in others in the coming weeks.