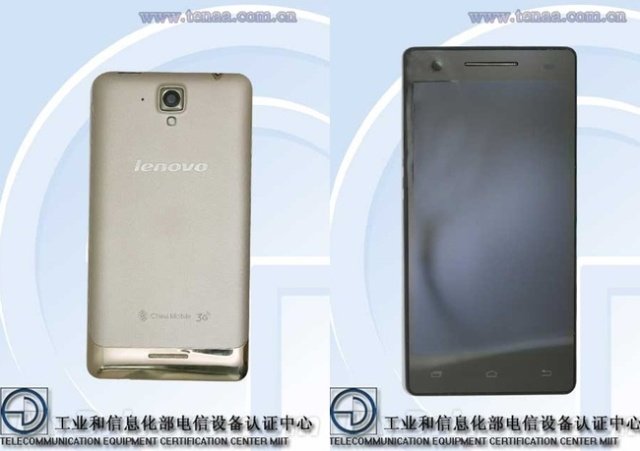 Lenovo has finally decided to put the turbo and start to climb the smartphone market [already being the 1 ° PC producer in the world...]. The companies that the Chinese giant has in the crosshairs are two, Huawei and Xiaomi ... the question is: this will be enough Lenovo S898T + to do it?

The Lenovo S898T + (please DO SOMETHING, who assigns them names to Lenovo devices?!?) was spotted last night on the website of the Chinese government agency Teena from where it was learned that the thin golden phone of Lenovo will be powered by quad-core processor, will have 2GB RAM and a back sensor from 13 mega-pixels. Specifications that put the Lenovo S898T + on par with the already hugely popular Huawei 3X.

For the processor a model similar to the one used in the Huawei 3X but in a slightly less powerful version was used MT6582M Mediatek.

Among the details that emerged there are also a front sensor from 5 mega-pixels, a body with thickness from 7.9mm and operating system 4.2.2 Android Jelly Bean. The sighted version is the TD-SCDMA version, but the WDCMA version should be around the corner. Does this Lenovo S898T + convince you? Excluding the name I mean ...
Do you like our posts? Follow us on Facebook, Twitter, YouTube and G + not to lose all our updates!