I benchmarking of the much anticipated Nvidia Tegra K1 they emerged for the first time on the Antutu database and, as expected, they literally competition destroyed!

The rumors initially gave for sure the fact that the Nvidia Tegra K1 operated at 2,5 Ghz, the results of the benchmark tests of the NVIDIA K1 showed instead that the dual-core processor is instead able to reach the 3,0 GHz. Judging by the screenshots also emerged the Snapdragon 800 and the new Snapdragon 801 and 805 would come out of this comparison with broken bones. 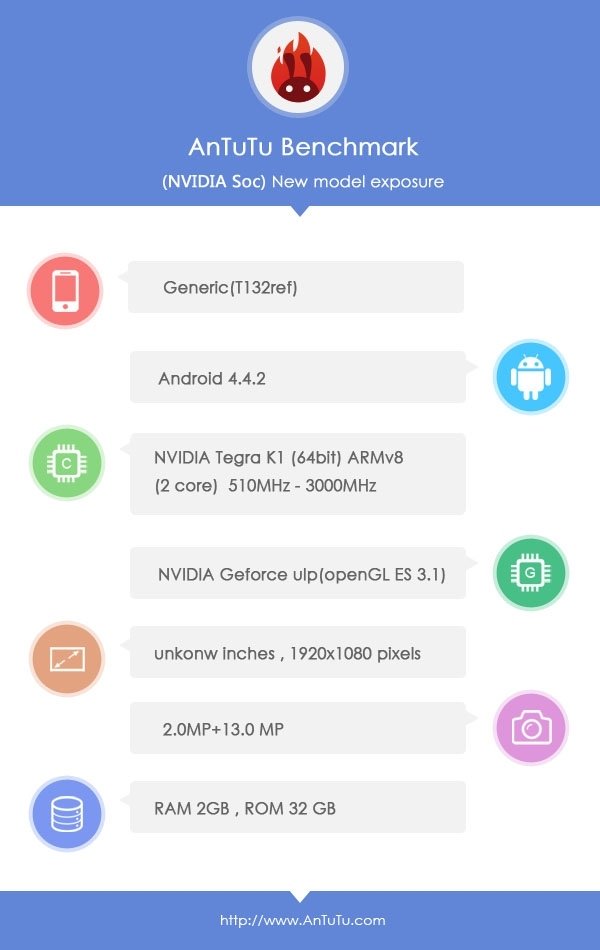 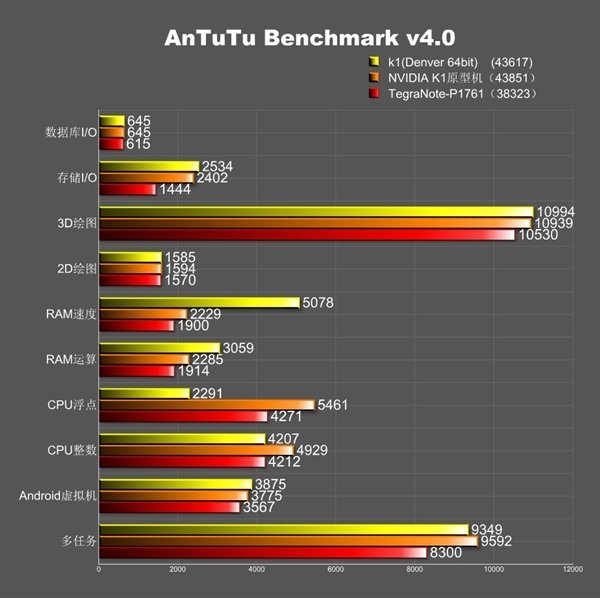 Unfortunately there is no mention of the device on which the benchmark test is performed. It is only legitimate to know that it is a device with display in Full-HD resolution 1920 × 1080, which boasts 2GB of RAM and 32GB storage and that the camera sensors are from 2 and 13 mega-pixels.
Do you like our posts? Follow us on Facebook, Twitter, YouTube and G + not to lose all our updates!