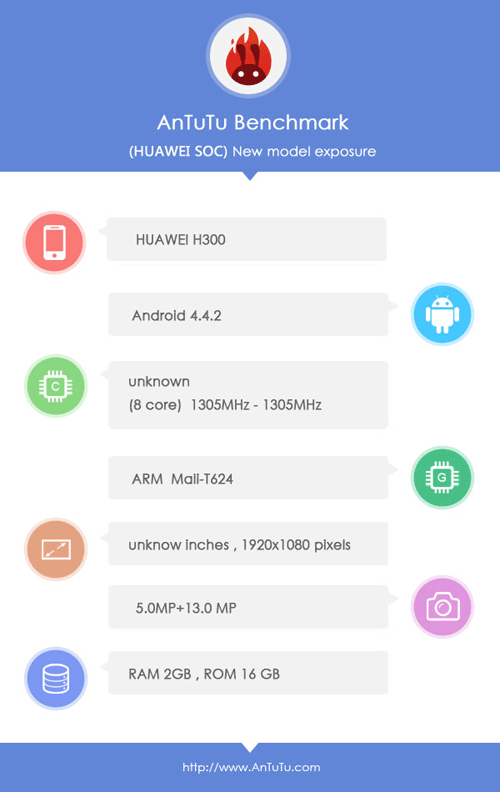 In the last hours the news on Huawei are literally hot. Given the processor specifications home-made Kirin 920 8-core we expected it to be powerful, but not so much to beat, at least on paper, the Snapdragon 801.

Just this morning we published the Huawei Kirin 920 8-core processor details, articulated on four Cortex A7 cores and four Cortex A15 cores which would guarantee enough power for the new displays with 2K 2560 × 1440 resolution and to support cameras up to 32 mega-pixels.

Once the technical details of the SoC emerged, the dissemination of the benchmark results was only a matter of time. Huawei has managed not only to create a processor worthy of their next topgamma, has managed to forge a solution that any other device not Huawei would have the pleasure of hosting (if it were possible!). 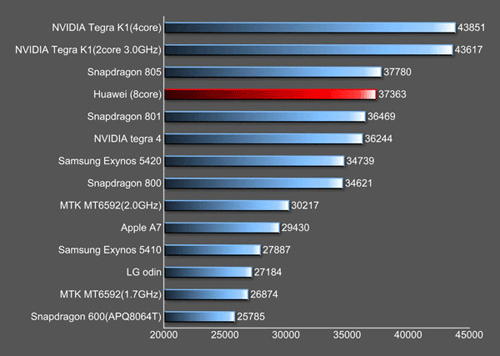 According to the benchmarks Antutu, the Huawei Kirin 920 would be able to totalize well 37363 points. Ergo, more performing than Qualcomm Snapdragon that we will find inOnePlus One and slightly less powerful than the upcoming Qualcomm Snapdragon 805.