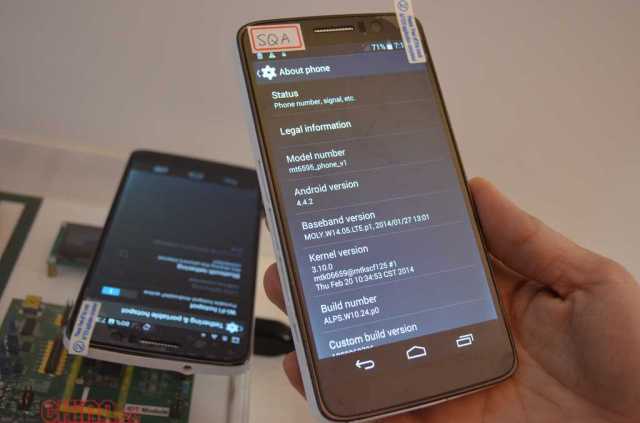 Mediatek has a series of interesting articles on show at the MWC 2014. The team of GizChina as you know is on a mission to Barcelona and among the countless news that we are reporting that today is certainly one of the most awaited: support for 4G LTE networks and the 4.4 KitKat Android operating system.

The Taiwanese company is the undisputed leader of the Chinese semiconductor market but the ambition goes beyond the simple supply of processors and extends to the stations of wireless charging.

Then let's start immediately with the hot news. Eduardo of GizChina.es has already sent to our editorial office the prototype photo powered by the new Mediatek MT6595 8-core 4G LTE processor, but in the following image it has managed to provide us with a better image. 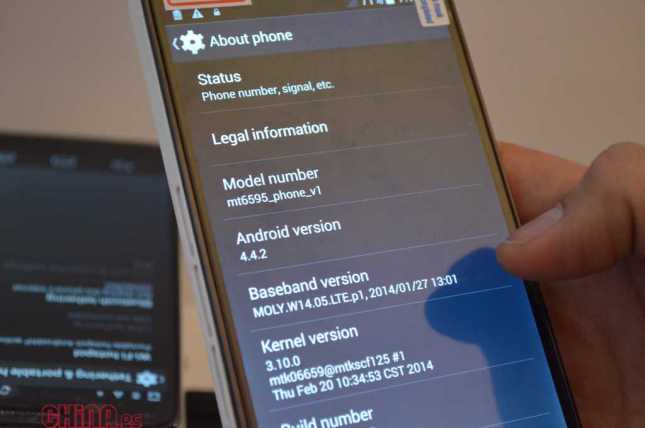 The portrait phone is simply a sample made for Mediatek with the aim of using it as a simple model to be shown at MWC. The processor with which this device is powered is the MT6595 8-core 4G LTE, born on the bases of MT6592 presented last November.

What makes us more excited, however, is that this MT6595 is the first Mediatek-based processor to support the ultra-fast 4G LTE networks (which makes us hope for low-cost 4G smartphones) and also that the one in the picture is the first phone to run the latest firmware of the popular green robot, the Android 4.4 KitKat.

Being a prototype, the phone is clearly still slow and a bit cumbersome ... but it is indeed a prototype therefore without ambition!

Another interesting gem by Mediatek on show at the MWC is the system of wireless charging. As already seen at CES of Las Vegas, the new solution of Mediatek will allow users to recharge the device not only if placed in the dock but even if placed in its vicinity. Which means that you will no longer need to have a charger for each device, but it will be enough to bring them closer to the new Mediatek dock. 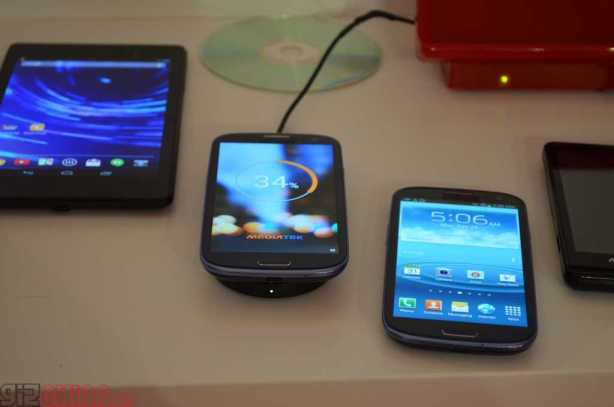