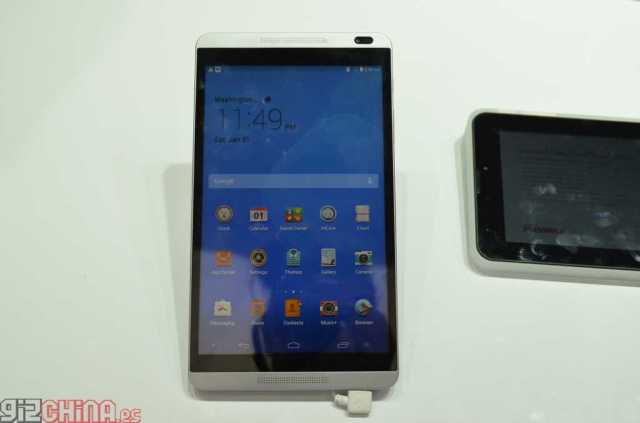 One of the latest models released by Huawei is the new one Huawei Mediapad M1 from 8 inches to which we fortunately managed to approach our Eduardo.

For this MWC 2014 Huawei announced 2 new tablet: the Mediapad X1 with Wi-Fi connectivity, best cameras and 4.4 KitKat Android operating system, and M1 Mediapad with 4G LTE networks support but lower camera features and Android 4.2 Jelly Bean operating system. We do not know the methodology of work at home Huawei but honestly it seems that the two tablets seem to have been made by two different teams that do not communicate with each other.

Either way, the Huawei Mediapad M1 is the larger of the two with its own 8 inches in HD resolution 1280 × 800 and HTC One style design with metal body and front speakers. This tablet is also equipped with a processor quad-core HiSilicon Kirin 910 from 1,6 Ghz, battery from 4800 mAh and support networks LTE 4G. 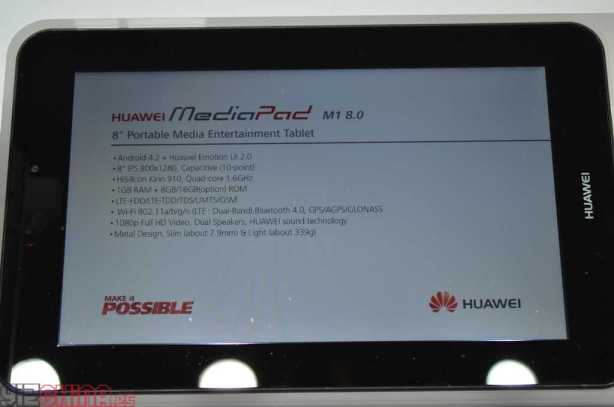 Huawei with this new Mediapad M1 has once again the limit between smartphone and tablet. The design is very reminiscent of a modern smartphone and includes 4G LTE call functions, messaging and connectivity. The dimensions are unquestionably those of a tablet ... you can't call phablet a device from 8 inch 8 (or maybe yes?)!

First impressions are very positive. The design is catchy, the display is the right size and the aluminum body looks durable but still light enough.