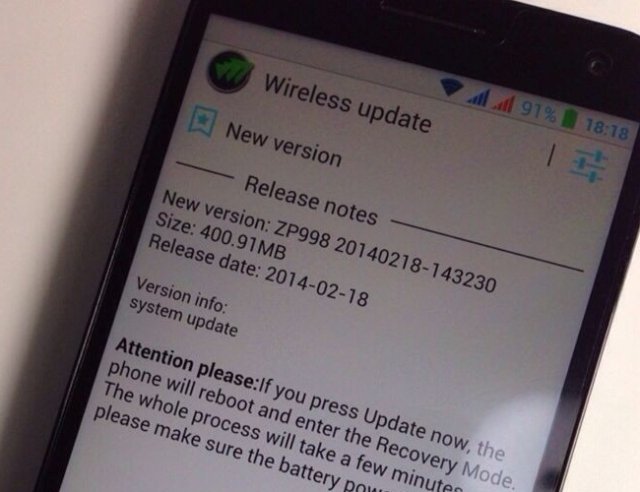 The Zopo ZP998 is definitely a smartphone from the hardware from TOP RANGE, but, as we also saw in the review, some annoying OS bugs cause annoying problems. Fortunately, as promised by Zopo last week, an update was released today that promises to solve all these bugs!

The update can be performed directly via OTA (over the air), or using the tool in the ROM Stock of Zopo, without necessarily having to use the various recovery or flash tools. According to Zopo, this update to the 0218 firmware should solve all the bugs detected so far on the Zopo ZP998 octacore. A detailed changelod has not yet been released by Zopo, so it is reasonable to expect that something is still to be fixed.

How to upgrade the Zopo Zp998 firmware

Before updating your phone, make sure of the following:

To update the firmware of your Zopo ZP998 octacore to the latest version, perform the following steps:

As you can imagine, there are many users who are trying to download the update at this time, so it is likely that the operation will not be successful.

Also for this reason, tomorrow will be released a new GizChina ROM by Marsapa, based on the new firmware available today.