As recently as a month ago, Taiwanese Mediatek was presenting the MT6592, the "first true 8-core processor in the world"And today it would already be working on an 8-core chip with 4G LTE connectivity support.

This new processor, renamed MT6595, will be characterized by the same 8-core of the previous MT6592 and from support 4G LTE ultra-fast networks. The most interesting point of this MT6595 will be not only support for TD-LTE, FDD-LTE, WCDMA but also for TD-SCDMA,
According to rumors among other things, the MT6595 would be available as early as next February. 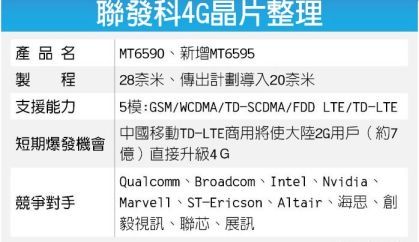 But the news does not end here, Mediatek would be working on another chipset, theMT6590. Of the latter, however, we still do not know much: the productive process it should be a 20nm, which would further improve that of MT28's 6592nm.

Proscenic 850T is the economic robot that vacuums and mops, now...

The new Xiaomi COTTONSMITH heated jacket immediately at a discount: less than ...