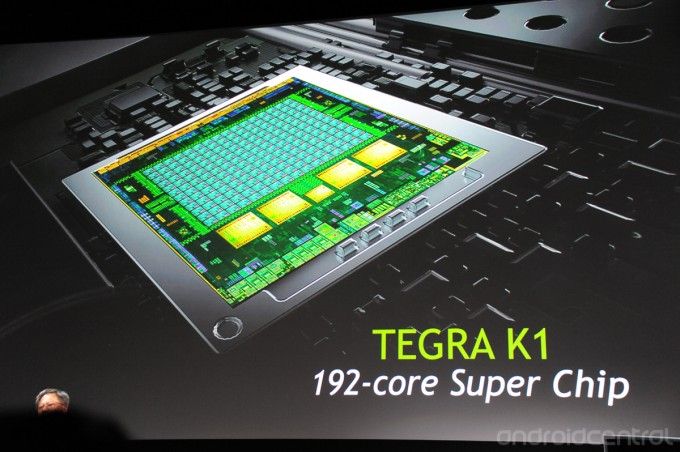 Nvidia used the CES 2014 stage to show her new world to the world Nvida Tegra K1, a processor with well 192 core.

The latest chipset in order of time launched by Nvidia was the Tegra 4 but rather than follow Samsung, Mediatek and Allwinner on the 8-core, the US company has preferred to launch the Tegra K1 from the incredible number of cores, even 192.

Self defined "Super Chip", the Tegra K1 would be able to run all its cores simultaneously; we will most likely see it used on new Android consoles and Android car systems rather than tablets and smartphones.