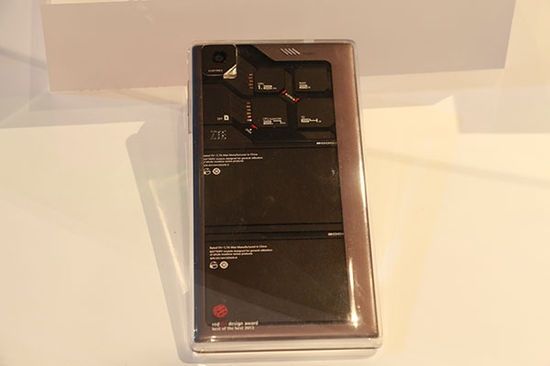 Personally to us GizChina.it the idea behind modular phones is very popular and we are very happy that after the official Xiaomi of the project "Magic Cube", Even another Chinese has entered this field.

At the CES 2014 in Las Vegas it was in fact sighted ECO-MOBIUSThe project modular telephone weblog ZTE. ECO-MOBIUS is the modular phone concept created by ZTE with replaceable modules that will allow users to update their smartphone with the latest hardware possible without buying a new phone from time to time.

The idea is similar to that of Phonebloks, but rather than fitting the style modules "Lego", ECO-MOBIUS would allow you to add hardware units by placing them on standard guides. The photos below come directly from the ZTE booth in Las Vegas and show the modules of CPU, GPU, RAM, main camera and also a beautiful wooden back cover. What do you think? Do these modular-phones start to tease?
Do you like our posts? Follow us on Facebook, Twitter, YouTube and G + not to lose all our updates!