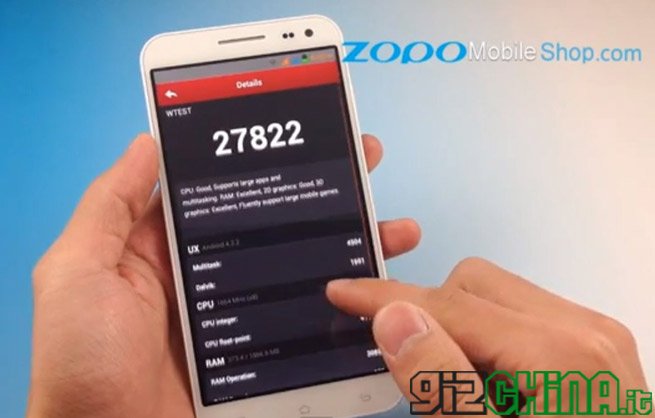 The wait should be almost over and soon Zopo fans can finally get their hands on the new device of the house powered by the chipset 8-core Mediatek from 1.7Ghz!

In fact, in the coming weeks, the first stocks of the Zopo Zp998,  which will be sent initially to all those who have pre-ordered the new Zopo phablet. 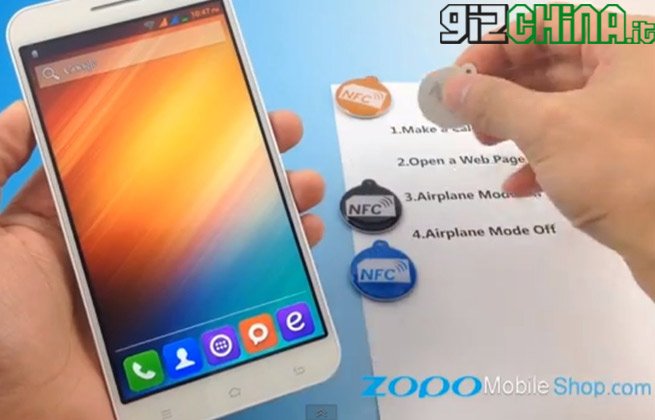 Waiting to touch the first "true 8-core" by Zopo, we must necessarily settle for videos released online from the house. Today it is the turn of two interesting clips that show, respectively, the functionality of the NFC installed on the ZP998 and a benchmark test performed with the Antutu App.

The result of the Antutu test performed in the video posted at the top is 27.822 points, which is an excellent score that confirms the power of the new XTEX-core Mediatek MT8 chipset, albeit slightly lower than 28.118 recorded in a test performed on the day of the Zopo ZP998 launch.

Looking at the two videos it is also possible to notice that the graphic interface of the Zp998 seems to have been customized by Zopo. Will this be the new ROM of the Zopo Zp998? I sincerely hope not, also because from what you can see in the two videos, it would seem that only the system icons have been replaced, among other things with icons that clearly "resemble" those of Xiaomi's MIUI V5.

We hope that Zopo will awaken his creativity and show us a personalized ROM worthy of his name and, above all, we hope to see soon sale on zopomobile.it the Zopo Zp998!

The Xiaomi electric car in the picture: the tests for the ...