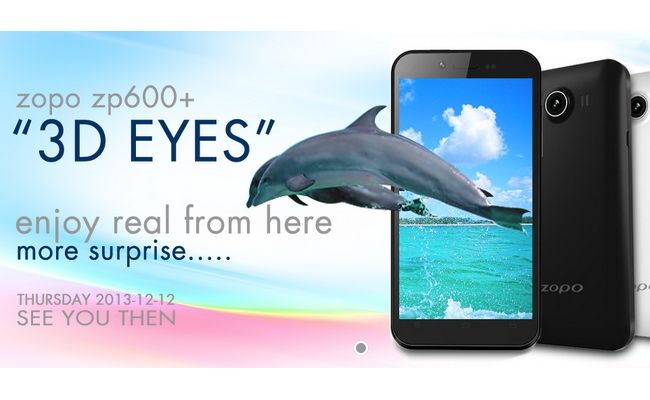 Zopo is ready to launch new 2 entry-level smartphones on the 3 market this Thursday, with prices starting at 160 $ (around 116 €).

This week Zopo will add to its already very large range of devices, two new smartphones with 3D display. Available models will be: the Zopo ZP200 +, with Mediatek MT6577 dual-core processor, 1GB of RAM, 8 mega-pixel rear camera, and the Zopo ZP600 +, which instead mounts the new quad-core MT6582 but has the same specifications regarding RAM and camera.