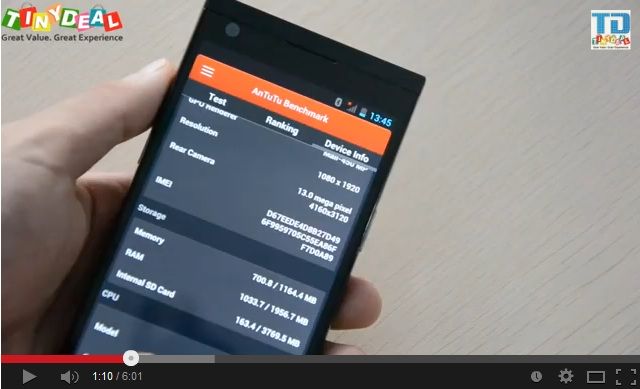 Tinydeal, a Chinese retailer posted a video hands-on of thethe last born in the THL house, the THL T100, aka Monkey King 2.

The THL T100 is the last TOP RANGE of the company, which is going to dethrone the W11 or Monkey King, launched earlier this year. With this new device, for the first time THL offers a more exclusive design; the previous devices of the company, in fact, always recalled the lines of existing smartphones of international brands such as, for example, Samsung and HTC.

Here is the THL T100 in action

The T100 is also the first MT8 6592-core processor to be presented in an official video. The current version is clocked by 1,7 GHz, with 8-core based on a Cortex A7 architecture. The T100 also features a full HD 5 inch screen, 2GB of RAM, 32GB internal memory and dual 13 mega-pixel camera, especially useful for lovers of self-shot.
What do you think about the THL T100? You prefer this or it Zopo ZP998?