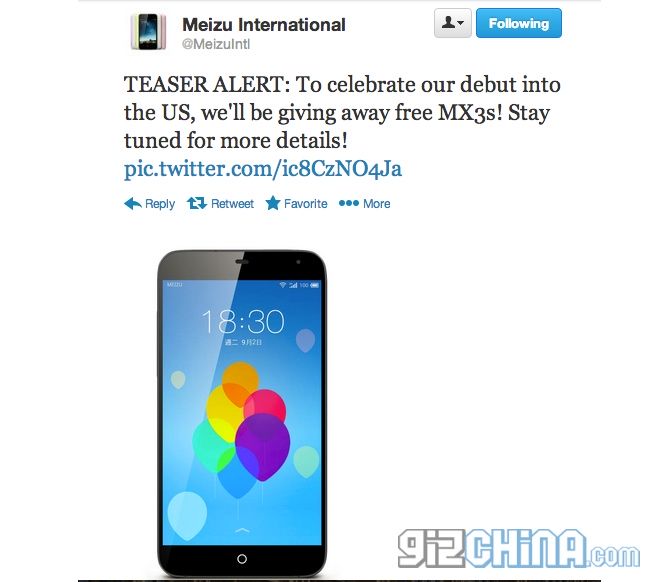 Good news for international fans of Meizu. To celebrate the entry on some international markets, the Chinese company has in fact planned a INTERNATIONAL GIVEAWAY with its TOPGAMMA Meizu MX3 up for grabs.

On the new international Twitter profile of Meizu, the Asian hi-tech producer has just announced an international Giveaway for fans around the world to participate in. The news was also reported by the Chinese hi-tech media, which seem to have confused the plural of MX3 "MX3s”With an updated version of the Meizu jewel ...

Meizu recently reduced in China prices of his Meizu MX3, 2199 ¥ (about 263€) for the 16GB and 2399 version ¥ (about 287€) for that from 32GB with NFC system, which will be officially presented to the next one Consumer Electronic Show of Las Vegas.