Huawei today officially launched its own Huawei Honor 3C e 3X, with the stated objective of putting the spokes in the wheels to the competitor Xiaomi.

In the past, Huawei introduced the Huawei line as a mid-range range standard but, given the success of Xiaomi Hongmi and the super competitive devices Nubia of ZTE, the company was forced to reinvent its offer.

Today Huawei officializes the entry of 2 new devices, Huawei Honor 3C and 3X; the first is a classic entry-level, the second is a mid-range equipped with the new Mediatek MT6592 8-core processor. 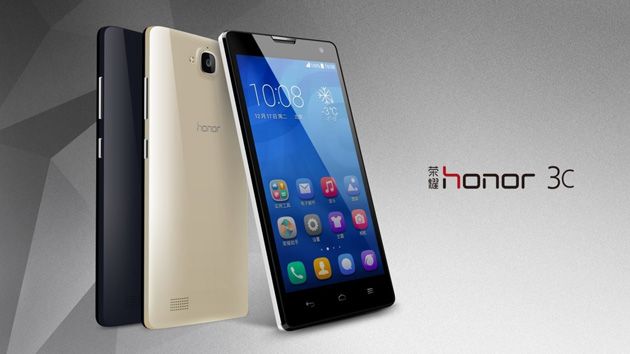 Huawei for its Huawei Honor 3C adopts the same naming system from Apple and is characterized by a design practically equal to that of Xiaomi Hongmi, its direct competitor.

Just like the Hongmi, the Honor 3C's display has 1280x720 HD resolution but is slightly larger (5 inches); the 6582 Ghz quad-core Mediatek MT1,3 processor is powerful enough to power a low-cost device and it is interesting to note that Huawei will offer the Honor 3C in 1 and 2GB versions.

Also the Huawei Honor 3X It is inspired by the design of the Xiaomi Hongmi, but with a larger display by 5.5 inch HD.
Under the big panel are the high-performance Mediatek MT6592 8-core processor from 1.7 Ghz, 2GB of RAM, the two trays for the sims, a rear camera from 13 mega-pixel and a front from 5 and finally the battery, a unit from 3000 mAh.

The price of the Honor 3X is 1698 yuan (about 203 €), in direct competition with the Xiaomi MI2S which of its boasts a display from 4.3 inches, a single sim tray, has no expansion slot with SDcard but is equipped with processor Qualcomm Snapdragon 600.

Both devices are officially on sale today in China through the e-commerce site JingDong Mall and the major retail chains. Marketing outside of China? Probable already by the end of the year!
Do you like our posts? Follow us on Facebook, Twitter, YouTube and G + not to lose all our updates!