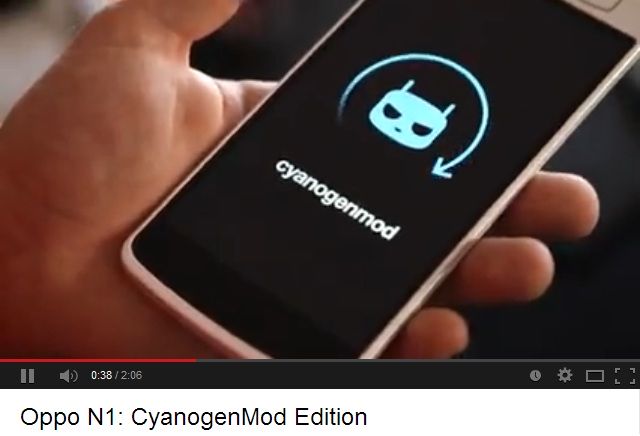 One of the facts that most impressed fans of Chinese technology this year was undoubtedly the parternship between Oppo and CyanogenMod. Now, the Cyanogen team has also established its own official channel on YouTube, whose first video portrays just an Oppo N1 with the ROM.

The Oppo N1, already known among us fans of Chinese technology, has arrived in the limelight of the world after the official Google certification. The relationship between the Oppo and Cyanogen teams is excellent, and the fact that the video speaks of the phone itself shows some of the features of the ROM.

Here are the words of the Cyanogen team about it:

Over the past few months our team has been working around the clock to build something new to the mobile space. And now it's here! We're excited (and relieved) to announce that the OPPO N1
is the world's first Google Certified CyanogenMod phone!

We've had a blast working with OPPO on this project and can not wait to hear you all think. Supply is limited
I'm sure I'm going to check out Amazon and the OPPOStyle store on December 24T to grab your own piece of Android history.