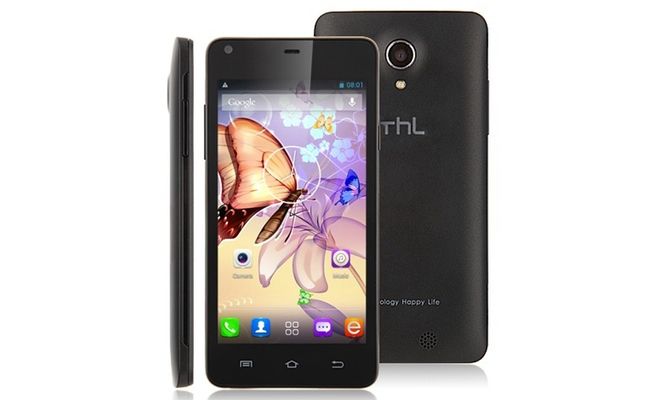 While the news of the official launch of the THL T100 8-core has filled the titles of the blogs of the sector in recent weeks, not much has been said of the new low-cost smartphone THL T5.

The THL T5 is launched with a slightly different look, perhaps closer to ZTE's Nubia models, but certainly with a very different style from the new 8-core T100. In addition, the low-cost phone is also slightly smaller than the TOP THL of THL with a display from 4,7 inches and, of course, a different hardware to keep the price on reasonable levels (about 79 euros).
Behind an 4,7 inch panel with resolution 960 x 540 a "dual-core MT6572 chipset from 1.2Ghz, 512MB RAM, 4GB of built-in memory, dual SIM support, Android 4.2.2, microSD expansion slot and 5 rear camera" is hidden mega-pixels.
The THL T5 is already on sale and can be purchased for 109,99 dollars only (about 79 euro).