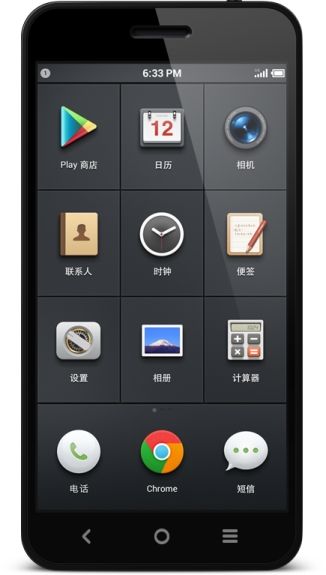 Smartisan CEO Lou Yonghao made official with a post on his profile Sina Weibo that the so-called "Apple Killer" ROM Smartisan OS received funding for 70 million Yuan (about 8.4 million €) from the Shanghai investment company Buttonwood Capital .

Currently Smartisan OS is nothing more than a custom ROM, like CyanogenMod or MIUI; this ROM has never been massively advertised in China, partly because its CEO Lou Yonghao is a celebrity on the network but also because his controversial blog, Bulldog.cn, has been repeatedly closed and reopened.

Second Tech in Asia, Lou Yonghao alleged that "his goal would be to cut down Apple" and that the company would be ready to release the first devices with the Smartisan OS.

Although Chinese consumers are not so excited, according to the Sina Tech website, some at Buttonwood Capital think differently given the massive investment.

The Smartisan OS is currently available on the official website in beta for various devices including Oppo Find 5, Samsung Note 2 and Xiaomi MI2 / 2S on Official site.

Xiaomi 12 Lite is coming to Europe: official confirmation and ...

This is how the innovative AI proximity sensor of Xiaomi 12S works ...