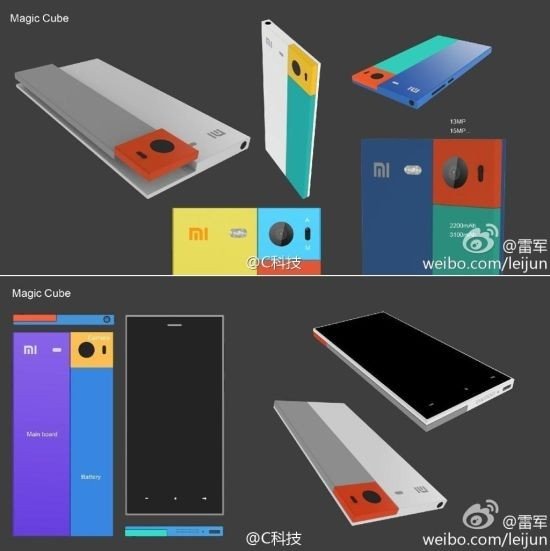 We had just written that the CEO of Xiaomi Lei Jun had stated that his company was willing to make a modular phone similar to that of the "Ara Project" and now we can reveal the name of the project: "Magic Cube"!

As you can see from the images published on Weibo by Lei Jun, the Magic Cube project seems similar to that of Motorola. Rather than being based on a main frame on which the modules can be scrolled on themselves, the Magic Cube of Xiaomi uses colored blocks that can be used as Lego bricks. Each "brick" is a precise specification of the phone (RAM, CPU, Camera, Battery).

The idea behind the "Magic Cube" and, of course, the "Ara Project" is to create a fully customizable and upgradeable telephone in the future. It remains to be seen whether the concept will turn into an object launched on the market. Would you be interested in a modular phone?
Do you like our posts? Follow us on Facebook, Twitter, YouTube and G + not to lose all our updates!