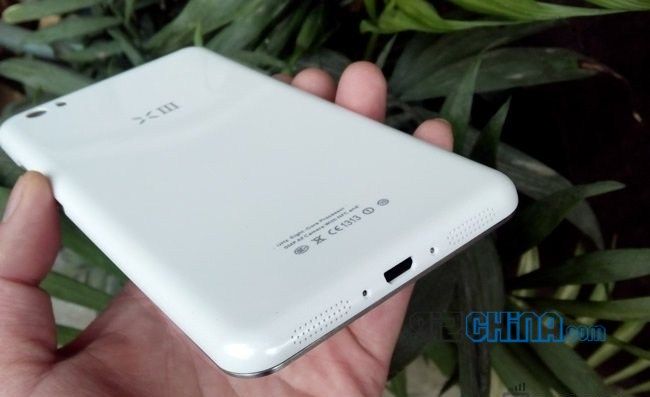 The third generation of the TOP GAMMA of UMi series "X" is about to arrive. Here are other stolen images of the UM X3, which are added to those show yourself exclusively last month!

According to some rumors the new UMi X3 could be launched with a very respectable endowment, consisting of 3GB RAM and rear camera from 16 mega-pixels! An egg device, therefore, with 3GB of RAM after the newly launched Vivo XPlay 3S, although unlike the Vivo phone, the UMi X3 could be much cheaper.
The UMi is certainly not known for its innovative and original designs and often, in fact, has drawn inspiration from other models of best-known brands. Also in this case, the UMi X3 seems to resume the shape and design of the iPhone 5C, both in the rear camber and in the holes of the speakers on the lower edge.

Like most Chinese phones coming out in the coming weeks, the UMi X3 will most likely mount the 8-core MT6592 chipset. As we anticipated, moreover, the device should be equipped with 16 mega-pixel camera and have a thickness of only 7 mm!

What do you think? Do you like this iPhone 5C style design?