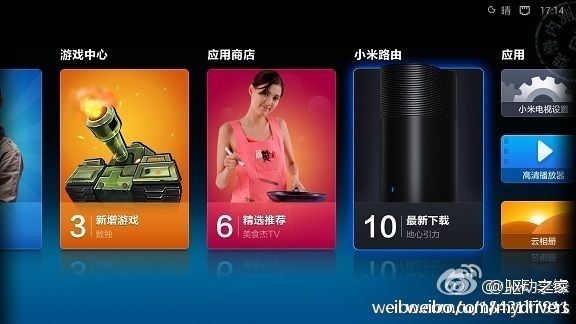 On the network, images of the Xiaomi TV connected to the new WIFI router of the Beijing-based company emerged, also accompanied by rumors about the probable price.

At the beginning of last month Xiaomi had released details about a WIFI Router whose hypothetical launch was to take place in December. The big router (similar among other things to the great Mac Pro) has been object of several times of discussion and gradually some details have been unveiled.

The latest news comes from the Sina Weibo microblogging site, which shows the impressive WIFI Router (with 1TERA of internal memory) connected to a Xiaomi TV. Other specifications include WIFI support at 2,4 and 5,0 Ghz, 802.11ac, two USB 3.0 ports and 6gps SATA controller. In full Xiaomi strategy, the WIFI Router should have a super competitive price, just 799 yuan (96 €).
Do you like our posts? Follow us on Facebook, Twitter, YouTube and G + not to lose all our updates!