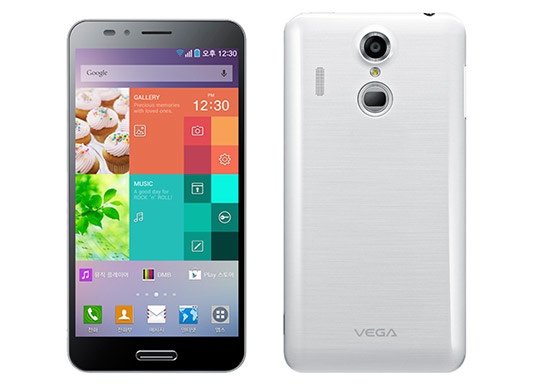 We have already talked about Pantech, especially during our exclusive review of the Pantech Vega A880S Lte-A. After this incredible device and the Secret Note, the company continues to bet on some feature useful for those who want to protect their privacy at all costs.

Il Pantech Vega Secret Up will be equipped with an impressive hardware consisting of a display by 5.6 inches FULLHD, CPU Snapdragon 800 with clock a 2.3Ghz, 2GB RAM, 16GB of internal memory and battery from 3150mAh, and owes its name to the technology that, according to what the company said, makes the display visible only to the user who is using it. It is interesting to note that while all companies are struggling to maximize the viewing angle of their smartphones, Pantech goes against the current and, in the name of privacy, offers a screen with only one visual angle.

To further increase the level of privacy of the device, the same has been equipped, as well as the A880S, a fingerprint reader on the back of the device.
The specifications of this device are completed by the 24 bit audio system, the Adreno 330 GPU, the 13 mega-pixel camera and a version of the Android 4.2.2 Jelly Bean.

The Pantech Vega Secret Up will be on the shelves of all stores in Korea from December 10, but the date of an international launch is still unknown.
What do you think of the possibility of keeping your smartphone usage private?
Do you like our posts? Follow us on Facebook, Twitter, YouTube and G + not to lose all our updates!

Xiaomi Pad 6, certified recharge: it will be double that of Pad 5